Menu
Account
Be the first to review this product
$6.95
Out of stock
SKU
12B1

Remington Express 12B1 buckshot is a product from the Remington Arms Company, LLC. Developed as a multi-functional shotshell that is ideal for either big game hunting or personal defense, Remington Express 12B1 buckshot is designed to yield consistent performance with tight, even patterns shot after shot. Each box contains five 12-gauge shotshells, each of which measures 2 3/4 inches in length and contains 16 pellets of number one buckshot. These premium shotshells are perfect for use with any 12-gauge hunting or defense shotgun, and will provide you with the reliability you demand. 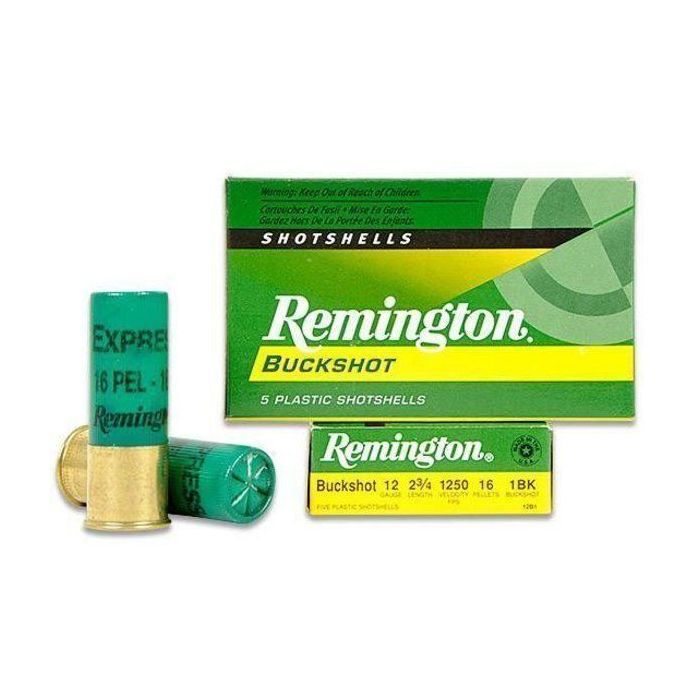 Remington Express 12B1 buckshot is a product from the company's extensive line of shotshells. From slugs and buckshot to target loads and home defense, each and every product in the Remington shotshell line is marked by its consistent high performance, uncanny accuracy and outstanding value – all qualities that make these shotshells a perfect choice to suit your deer hunting or personal defense needs. Here at Keepshooting.com, all Remington Express 12B1 buckshot is sold by the box, each of which contains five shotshells. You should also be pleased to hear that all Remington buckshot is manufactured in the United States at their main manufacturing facility in Lonoke, Arkansas. Remington also has a manufacturing plant in Athens, Georgia that is responsible for the production of clay targets. Additionally, all Remington buckshot is manufactured using premium raw materials and includes a granulated polymer buffering to help maintain pellet roundness and provide for tight, even patterns.

That said each box of Remington Express 12B1 buckshot, as noted, contains five premium shotshells. Each 12-gauge shotshell measures 2 3/4 inches in length and contains 16 pellets of number one buckshot, which is an ideal load for both deer hunting and personal defense. Additionally, this particular load is capable of producing muzzle velocities that have been observed to travel at speeds of up to 1,250 fps.