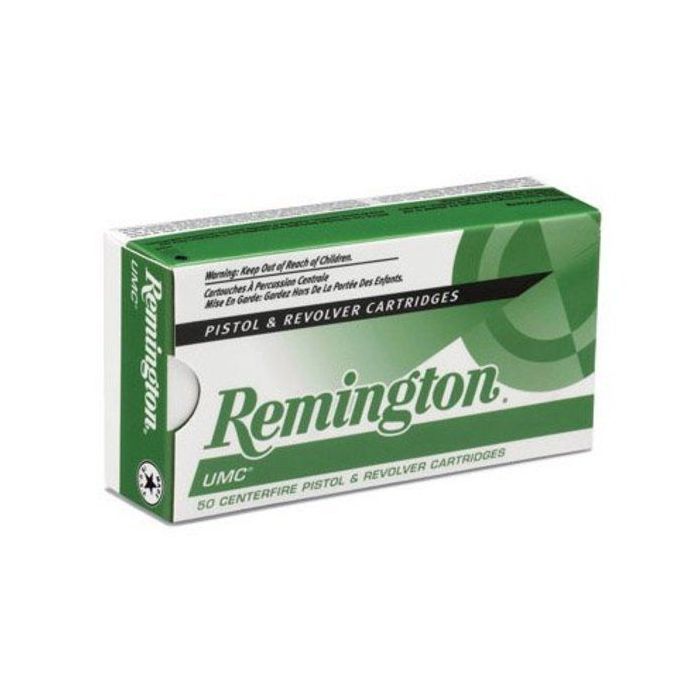 (0)
Remington UMC .38 Super +P ammunition is a product from the Remington Arms Company, LLC. Designed with high volume shooters in mind and priced accordingly, this ammunition is suitable for a full range of applications, including practice, target shooting and training exercises. Each box contains 50 brass-cased cartridges, each of which contains a 130 gr full metal jacket projectile. These non-corrosive cartridges are perfect for use with any firearm chambered for the .38 Super cartridge. They are also prime candidates for reloading.

Remington Arms Company, LLC is an arms manufacturer that is headquartered in Madison, North Carolina and Superize's in handguns, rifles and shotguns for the civilian market as well as the military and law enforcement sectors. The company is also well known for its ammunition. Founded in 1816 in Ilion, New York by Eliphalet Remington under the name of E. Remington and Sons, the company went on to become the oldest continuously operating arms manufacturer in the United States. It is also the only American arms manufacturer that produces both firearms and ammunition domestically. But the accolades do not end there. Remington is also the largest American producer of rifles and shotguns. With nearly 200 years of experience under their belts, Remington is a name that you can trust.

Our Remington UMC .38 Super ammunition is a product from the company's Union Metallic Cartridge Company, or UMC, division. Beginning in 1867, UMC has come to be known for its innovative products that are marked by both consistent performance and outstanding value. And with more than 140 years of experience, the division exhibits every quality you would expect from a Remington product. All Remington ammunition is manufactured in the United States at the main manufacturing facility in Lonoke, Arkansas using only premium raw components to provide for uncompromised performance at a great value. Remington also has a manufacturing plant in Athens, Georgia that is responsible for the production of clay targets. Moreover, all Remington centerfire ammunition is manufactured using premium raw materials and newly-manufactured brass cases.

Having said all of that, each box of Remington UMC .38 Super +P ammunition contains 50 non-corrosive, brass-cased cartridges. Each cartridge contains a 130 gr full metal jacket projectile, which is specially designed to provide for stable external ballistics as well as increased muzzle velocities. And because this is an overpressure load, it is capable of producing muzzle velocities that have been observed to travel at speeds in excess of 1,215 fps. 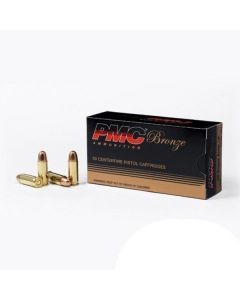