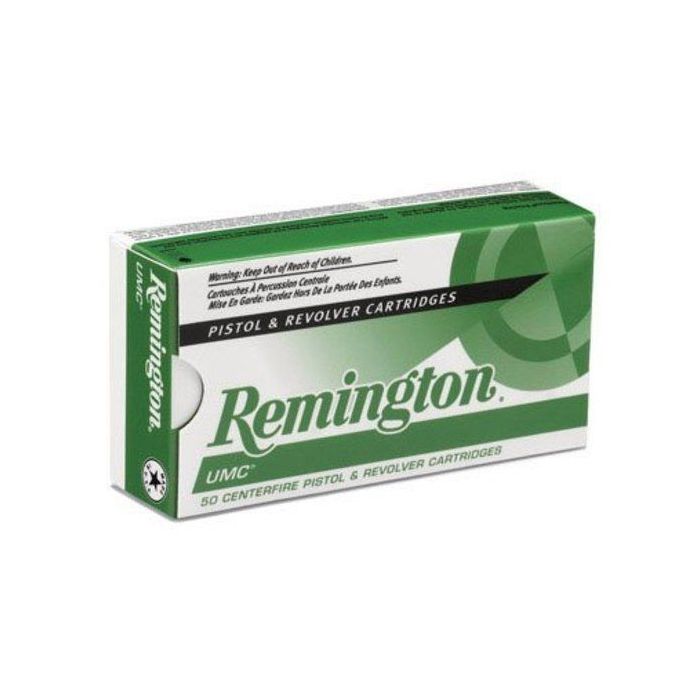 Remington UMC .357 SIG ammunition is a product from the Remington Arms Company, LLC. It is designed with high volume shooters in mind and priced accordingly. Every box contains 50 brass-cased cartridges, each of which contains a 125 gr jacketed hollow point projectile that is optimized for self-defense and self-defense training. These non-corrosive cartridges are perfect for any pistol chambered for the .357 SIG cartridge.

Notify me when this product is in stock
SKU L357S2

Remington Arms Company, LLC is an arms manufacturer that is headquartered in Madison, North Carolina and specializes in handguns, rifles and shotguns for the civilian market as well as the military and law enforcement sectors. The company is also well known for its ammunition. Founded in 1816 in Ilion, New York by Eliphalet Remington under the name of E. Remington and Sons, the company went on to become the oldest continuously operating arms manufacturer in the United States. It is also the only American arms manufacturer that produces both firearms and ammunition domestically. But the accolades do not end there. Remington is also the largest American producer of rifles and shotguns. With nearly 200 years of experience under their belts, Remington is a name you can trust.

Remington UMC .357 SIG ammunition is a product from the company's Union Metallic Cartridge Company (UMC) division. Beginning in 1867, UMC has come to be known for its innovative products that are marked by consistently-high performance and outstanding value. And with more than 140 years of experience, the division exhibits every quality you would expect from a Remington product. All Remington ammunition is manufactured in the United States at the main manufacturing facility in Lonoke, Arkansas using only premium raw components to provide for uncompromised performance at a great value. Remington also has a manufacturing plant in Athens, Georgia that is responsible for the production of clay targets.

Having said all of that, each box of Remington UMC .357 SIG ammunition contains 50 non-corrosive, brass-cased cartridges. Each cartridge contains a 125 gr jacketed hollow point projectile, which is specially designed to maximize tissue, increase stopping power and offer controlled penetration. These cartridges have also been observed to travel at speeds in excess of 1,350 fps. All Remington centerfire ammunition is manufactured using premium raw materials and newly-manufactured brass cases.

Consider picking up a few boxes of our new Remington UMC .357 SIG ammunition today, which go great with the new Smith & Wesson M&P357 pistols that just showed up. This ammunition is a great choice for: