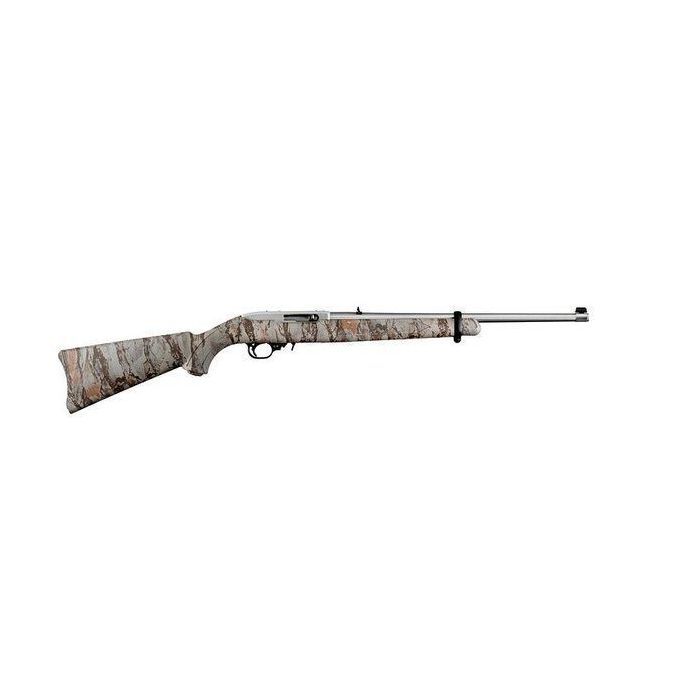 The Ruger 10/22 Model 1286 is, like all other 10/22 rifles, a semi-automatic rimfire rifle that benefits from the utilization of a reliable blowback operation and is chambered for the .22 LR rimfire cartridge. The Model 1286 comes to us from Ruger's "Distributor Exclusive" line of 10/22 rifles, and sports an 18 1/2 inch barrel alongside a slightly reduced overall length of 36.88 inches, which allows the platform to be stuffed into a lightweight package that is manageable by shooters of all sizes and skill levels. Additionally, each rifle includes one Ruger BX-1, the original 10-round rotary magazine designed specifically for the Ruger 10/22.

Notify me when this product is in stock
SKU N1286

It was in 1949 that Sturm, Ruger & Company, Incorporated, more commonly known as Ruger, was founded by William B. Ruger and Alexander McCormick Sturm. Since then, the Connecticut-based arms manufacturer has been recognized as a leader in centerfire and rimfire handguns and rifles, and renowned for their reputation regarding both reliability and durability. It is that reputation that leads the company to produce firearms like the Ruger 10/22. More importantly, it is that very same reputation that allows the company to build on successful firearms like the original 10/22 and produce modernized variations like the new Model 1286, with which they seek to replicate the performance of its predecessors in terms of both quality and popularity.

Today, Ruger offers a wide variety of 10/22 rifles, each of which is housed in a particular line. Among these lines are the "Takedown" line, the "Carbine" line, the "Target" line, the "Compact" line, the "Sporter" line, the "Tactical" line and the "Distributor Exclusives". As noted, the Model 1286 comes to us from the Distributor Exclusive line, which is marked by a range of unique products that offer shooters something that cannot be found on any other model, and are only available through specific vendors. The Ruger 10/22 Model 1286 is a Sports South exclusive, and offers prospective buyers a unique camouflage pattern that is not available anywhere else. At the heart of this particular model is a stainless steel receiver, but that does not even begin to tell the story of the Ruger 10/22 Model 1286.

As expected, the legendary Ruger 10/22 action is back and housed within a rifle that features an 18 1/2 inch barrel (1:16-inch twist rate) and an overall length of 36.88 inches. The hammer-forged barrel and stainless steel receiver are nestled into a unique synthetic stock that features an exclusive Natural Gear camouflage pattern that is not available anywhere else. As both the barrel and receiver feature a stainless finish, they are protected from rust and other corrosion. Like other 10/22s, the Model 1286 is one of the most modular rifles in existence, ready to be tailored specifically to the needs of the lucky individual that purchases it. Other features include an adjustable rear sight alongside a gold bead front sight, a push-button manual safety and an extended magazine release. As noted, each rifle includes a 10-round Ruger BX-1 magazine with optimally-angled feed lips to provide for reliable feeds every time. All of this is packed into a rifle that weighs just five pounds.