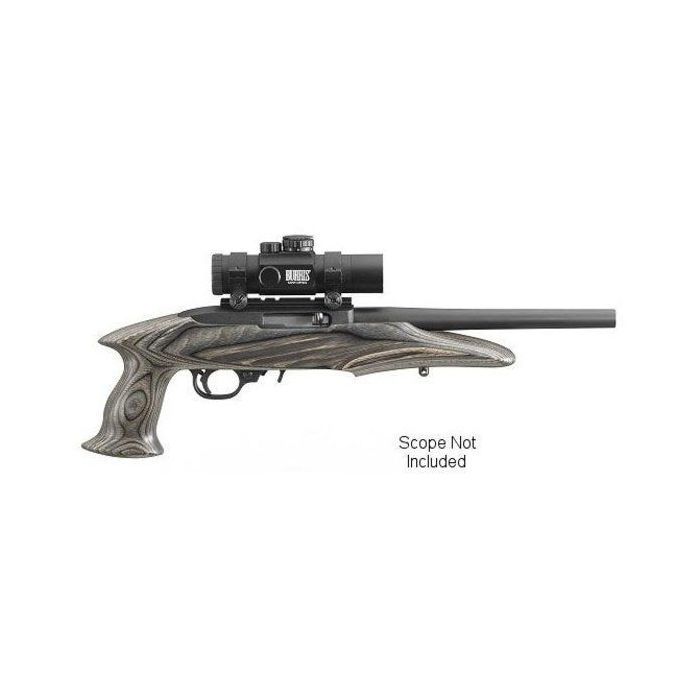 (0)
Based on the legendary action of the Ruger 10/22, the Ruger 22 Charger is a semi-automatic rimfire pistol that utilizes a reliable blowback action and is chambered for the .22 LR cartridge. And whether you are looking to do some long-range target shooting or some small game hunting, the Charger is sure to meet your needs. Each pistol ships with a single 10-round rotary magazine and a soft case.

It was in 1949 that Sturm, Ruger & Company, Incorporated, more commonly known as Ruger, was founded by William B. Ruger and Alexander McCormick Sturm. Since then, the Connecticut-based arms manufacturer has been recognized as a leader in centerfire and rimfire handguns and rifles and renowned for their reputation as it relates to both reliability and durability. It is that reputation that leads the company to produce firearms like the Ruger 10/22. More importantly, it is that very same reputation that allows the company to build on successful firearms like the Ruger 10/22 and produce exceptional variations like the Ruger Mark 22 Charger pistol, which is surely seeking not only to offer a an alternative to the 10/22 rifle, but also replicate the performance of its predecessors in terms of both quality and popularity.

Since its introduction nearly 50 years ago, the Ruger 10/22 has become, inarguably, America's favorite .22 LR rifle with millions sold. So what does Ruger do? They take the logical next step by developing a rimfire pistol based on the legendary Ruger 10/22 action and making it compatible with Ruger's reliable rotary magazine. Now, for nearly half of a decade, the Ruger 22 Charger pistol has made quite a name for itself with those who fancy long-range target shooting and small game hunting.

As noted, the Ruger 22 Charger was born from the Ruger 10/22, which explains the presence of the 10/22 action. Where it sets itself apart, however, is with its warp-proof, ergonomically designed pistol stock, which not only provides a steady platform from which to shoot, but also maintains an accurate zero. And as if the stock were not solid enough, the Charger also ships with an adjustable bipod, ensuring you make each of your tough shots. Did we mention that the Charger also includes both Weaver-style and "tip-off" scope mounts to provide for the mounting of any modern optics?

The Ruger 22 Charger takes the Ruger 10/22 action and places it into a package that features a 10-inch barrel (1:16 inch twist) alongside an overall length of 19 1/4 inches. The heavy barrel features a blued finish to protect against rust and corrosion and is joined by an ergonomically designed black laminate stock with a satin finish for a product that weighs in at 3 1/2 pounds. As noted, the pistol includes both Weaver-style and "tip-off" scope mounts in lieu of iron sights. Other features include the aforementioned adjustable bipod and an extended magazine release for easy removal of the included 10-round rotary magazine. The Charger is also compatible with the Ruger BX-25 magazine and any other magazine designed for the Ruger 10/22.