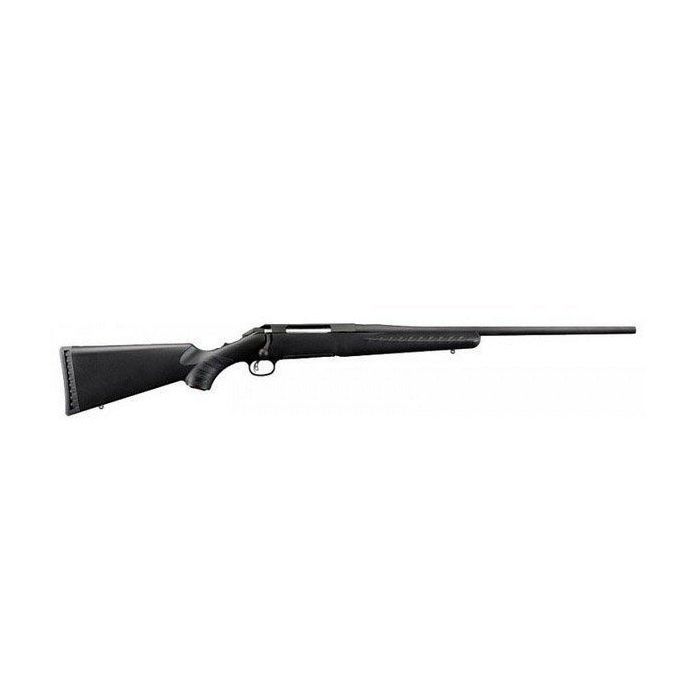 5 2 (2)
When Ruger's rugged reliability collides with its innovative ingenuity, you get an entry-level, bolt-action rifle noted for its high performance. You get the Ruger American Rifle. Built around the company's Power Bedding® system and a three-lug 70 degree bolt, the Ruger American Rifle is a 100 percent America-made rifle capable of meeting a wide variety of shooting applications. This particular model is chambered for the 7mm-08 Remington cartridge, and includes a smattering of non-standard features that other companies would not even dream of incorporating into their value lines. That said, each Ruger American Rifle ships with a flush-fitting rotary magazine that offers a "4+1" capacity.

It was in 1949 that Sturm, Ruger & Company, Incorporated, more commonly known as Ruger, was founded by William B. Ruger and Alexander McCormick Sturm. Since then, the Connecticut-based arms manufacturer has been recognized as a leader in centerfire and rimfire handguns and rifles and renowned for their reputation regarding both reliability and durability. It is that reputation that leads the company to produce some of the best bolt-action firearms on the market. More importantly, it is that very same reputation that allows the company to spend the time necessary to perfect a rifle like the new Ruger American Rifle.

Billed as the latest engineering innovation from America's leading firearms manufacturer, the Ruger American Rifle is a 100 percent American-made rifle offered in both short- and long-action calibers that combines the company's rugged reliability with its award-winning ingenuity.

Originally introduced in 2011, the Ruger American Rifle represents a series of bolt-action rifles, each manufactured entirely in the United States with a 4140 chrome-moly bar stock receiver alongside a hammer-forged barrel with a black oxide finish. In place of a traditional recoil lug, the Ruger American Rifle employs its Power Bedding® system, which consists of two aluminum action blocks and positively locates the receiver while free-floating the barrel for outstanding accuracy. Another hallmark is its use of a three-lug 70 degree bolt, which provides for ample scope clearance, and utilizes a full diameter bolt body and dual cocking cams for smooth, easy cycling. In other words, high performance is a strong suit for the Ruger American Rifle.

The Ruger American Rifle features a 22-inch, hammer-forged barrel (1:9 1/2 inch twist) alongside its Power Bedding® system in an ergonomic composite stock that gives the rifle an overall length of 42 inches. The lightweight, synthetic stock, which blends a classic look with modern contouring and serrations, features a black finish and contributes to the overall light weight of the rifle, which weighs in at just more than 6 1/2 pounds. Moreover, the Ruger American Rifle features hair-splitting precision straight out of the box. But what else would you expect from a rifle that includes the Ruger Marksman Adjustable™ trigger, a user-adjustable trigger system that offers true custom-grade performance and a pull weight that is adjustable between three and five pounds. Other features include a soft rubber recoil pad, an easy-to actuate tang safety, a drilled and tapped receiver for mounting included scope bases and a flush-fitting rotary magazine that offers a "4+1" capacity. As noted, the Ruger American Rifle is chambered for the 7mm-08 Remington cartridge.

Those looking for an entry-level rifle should consider the Ruger American Rifle. It is an excellent choice for: 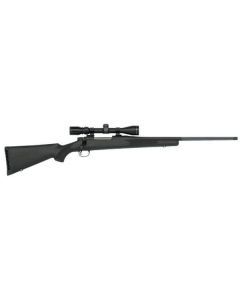 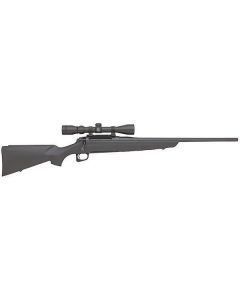 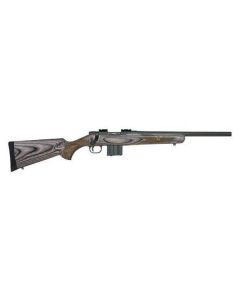 Overall Rating
Sharp Teeth...
Review by Bruce/Snookeehook 6/13/16
Verified Buyer
I don't like being bit, I just wonder where this other fella, Brian had to cap off these sharp areas. Where are they at. Iv'e owned 2 of these. They were both Remingtons. One was with no scope, for killing big hogs in the palmettos and thick pine islands. The second one was set for hunting in open areas, it had a 3X9 power scope set to 250 yard shots. But then I had 11 Guns/Weapons got stolen from me when I had to go into surgery. So now I'm looking for another 7mm/08 cannon. Yes this Rifle has out standing knock down power like ya have never seen. When I shot this one "big bar hog" at 325 yards, it launched that 610 lb hog about 3.5 ft. in the air and around 8 ft. in distance. I have shot quite a few bigger rifles in my day but have never seen one hit that hard. You take it from there.
Overall Rating
Solid Shooter
Review by Brian 7/12/14
Verified Buyer
Out of the box. Mount scope. Take to range. Supremely impressed with the crisp adjustable trigger. Factory set was perfect for me. Recoil pad lives up to its name. 4X on "Quality": Had to have my gunsmith de-horn the edges after slicing a finger during post-range cleaning. Now it's as smooth as my ancient Win. 70!