The Ruger LCR-22, or "Lightweight Compact Revolver," is a double-action revolver that is, as its name suggests, chambered in .22 LR. Masterfully built on a small monolithic frame, this snappy revolver features an 8-catridge cylinder, a concealed hammer and all of the innovative features that serve to reduce size and weight that are characteristic of the original, award-winning Ruger LCR. Each Ruger LCR-22 comes with a padded soft case. 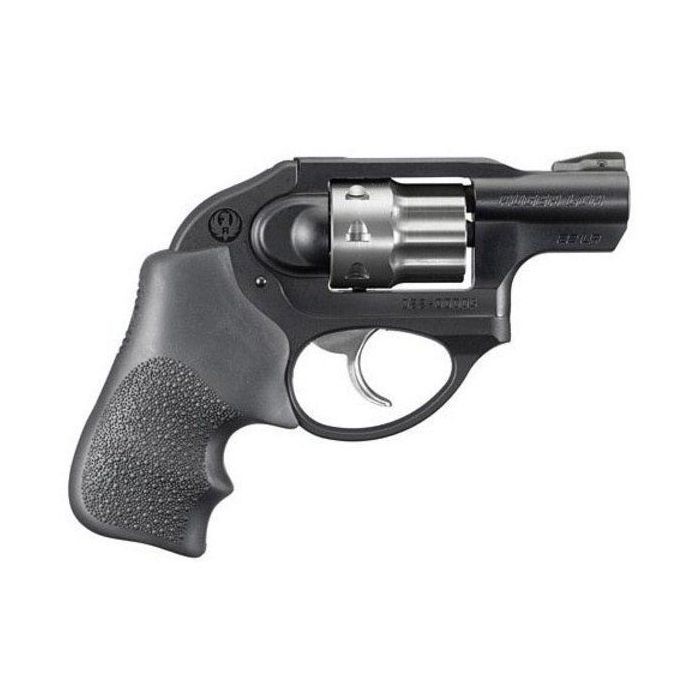 It was in 1949 that Sturm, Ruger & Company, Incorporated, more commonly known as Ruger, was founded by William B. Ruger and Alexander McCormick Sturm. Since then, the Connecticut-based arms manufacturer has been recognized as a leader in centerfire and rimfire handguns and rifles and renowned for their reputation regarding both reliability and durability. It is that reputation that leads the company to produce firearms like the Ruger LCR. More importantly, it is that very same reputation that allows the company to build on successful firearms like the LCR and produce firearms like the Ruger LCR-22, which is surely seeking to rival its predecessor in terms of both quality and popularity.

As noted in our description for the Ruger LCR, modern manufacturers seem to be increasingly interested in reducing the dimensions and weights of their products. The original Ruger LCR is a shining example of that trend. The Ruger LCR-22 makes no attempts at deviating from that formula and offers up all of the features that made the original LCR such a success. Let us take a minute and explore some of those features.

The most noticeable feature, and the one that plays most significantly in the light weight of the revolver, is its use of polymer in its construction. The lower frame assembly, dubbed the fire-control housing by Ruger, is manufactured using a lightweight polymer that serves to reduce both recoil and weight. This is complemented by a monolithic frame made from blackened 400 series stainless steel. Additionally, the stainless steel cylinder, treated with Ruger's Advanced Target Grey® finish, is fluted, serving to further reduce the overall weight.

The Ruger LCR-22 is not only light, but capable of high performance as well. The LCR-22 is built using a patent pending friction-reducing cam. What does that mean? It means that the fire control system features an optimized cam that provides a smooth, non-stacking trigger pull – perfect for self-defense.

The Ruger LCR-22 is one of the company's smallest and lightest offerings to date, featuring a 1.875-inch barrel and an overall length of just 6.5 inches. As noted, the frame is manufactured from stainless steel and the fire control housing is manufactured from polymer. Coupled with a fluted stainless steel cylinder, the LCR-22 weighs in at a meager 14.9 ounces. Other features include a notched rear sight, a pinned ramp front sight and a Hogue® Tamer™ grip that is replaceable with a variety of aftermarket grip styles. The Ruger LCR-22 is a cleared for ownership in both California and Massachusetts.

Fine, I give in. I do not really expect you to toss out any of your revolvers. But to pass up the opportunity for one of the Ruger's greatest offerings to date would be just plain silly. Avoid that mistake by picking up the Ruger LCR-22 today for just $402.90. Consider the LCR-22 for:

Reviews 1
Write Your Own Review
Only registered users can write reviews. Please Sign in or create an account
Product Questions
Customer Questions
No Questions
We found other products you might like!
More from Ruger
Copyright © 2002-present United Defense LLC. All rights reserved.