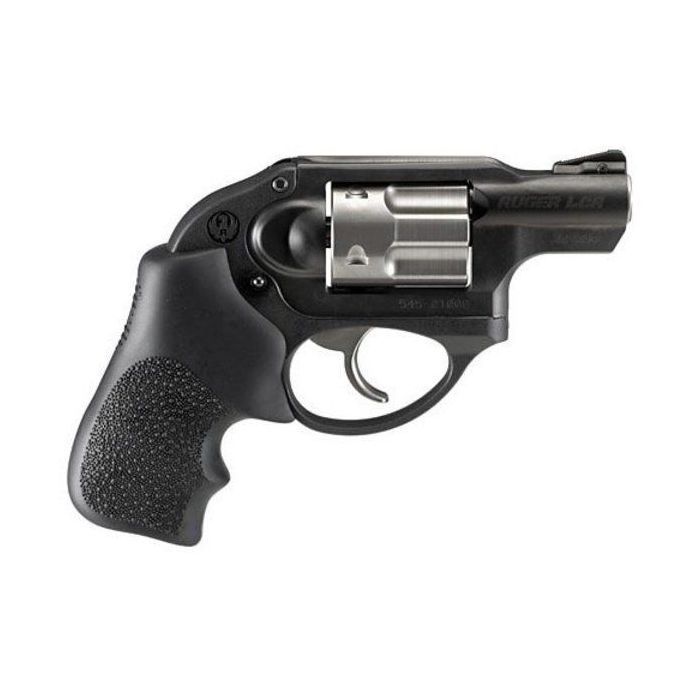 4.95 18 (18)
The Ruger LCR-357, or "Lightweight Compact Revolver," is a double-action revolver that is, as its name suggests, chambered in .357 Magnum. Masterfully built on a small monolithic frame, this powerful revolver features a 5-catridge cylinder, a concealed hammer and all of the innovative features that serve to reduce size and weight that are characteristic of the original, award-winning Ruger LCR. Each Ruger LCR-357 comes with a padded soft case.

It was in 1949 that Sturm, Ruger & Company, Incorporated, more commonly known as Ruger, was founded by William B. Ruger and Alexander McCormick Sturm. Since then, the Connecticut-based arms manufacturer has been recognized as a leader in centerfire and rimfire handguns and rifles and renowned for their reputation regarding both reliability and durability. It is that reputation that leads the company to produce firearms like the Ruger LCR. More importantly, it is that very same reputation that allows the company to build on successful firearms like the LCR and produce firearms like the Ruger LCR-357, which is surely seeking to rival its predecessor in terms of both quality and popularity.

As noted while penning the description for the Ruger LCR, modern manufacturers seem to be increasingly interested in reducing the dimensions and weights of their products. The original Ruger LCR is a shining example of that trend. After all, it is in the name (Light Compact Revolver). The Ruger LCR-357 makes no attempts at deviating from that formula and offers up all of the features that made the original LCR such a success. Let us take a minute and explore some of those features.

The most noticeable feature, and the one that plays most significantly in the light weight of the revolver, is its use of polymer in its construction. The lower frame assembly, dubbed the fire-control housing by Ruger, is manufactured using a lightweight polymer that serves to reduce both recoil and weight. This is complemented by a monolithic frame made from blackened 400 series stainless steel. And though the cylinder is also made from stainless steel – never a bad idea – it is fluted, serving to further reduce the overall weight. Not only that, but it is treated with Ruger's Target Grey® finish for enhanced durability and rated for +P ammunition.

So the Ruger LCR-357 is light, but what about its performance? The LCR-357 is built using a patent pending friction-reducing cam. What does that mean? It means that the fire control system features an optimized cam that provides a smooth, non-stacking trigger pull – perfect for self-defense.

The Ruger LCR-357 is one of the company's smallest and lightest offerings to date, featuring a 1.875-inch barrel and an overall length of just 6.5 inches. As noted, the frame is manufactured from stainless steel and the fire control housing is manufactured from polymer. Coupled with a fluted stainless steel cylinder, the LCR-357 weighs in at a meager 17.1 ounces. Other features include a notched rear sight, a pinned ramp front sight and a Hogue® Tamer™ grip that is replaceable with a variety of aftermarket grip styles. And did I mention the fact that the Ruger LCR is a cleared for ownership in both California and Massachusetts?

After its debut, the Ruger LCR was met with universal praise and critical acclaim – after all, it did win a major award. With the recent release of the Ruger LCR-357, we expect much of the same. As such, it is probably a good idea to grab one while we have one. Consider the LCR-357 for: 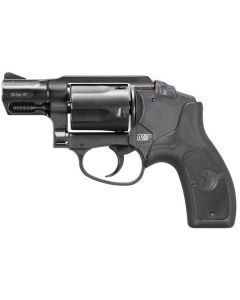 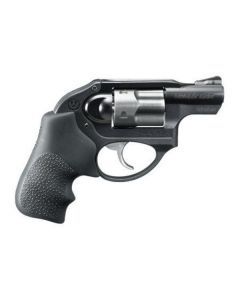 Overall Rating
Excellent choice for 38s better than the straight 38.
Review by Jemar C. 4/18/22
Verified Buyer
Of the several Ruger LCRs available this is bybfar mybfav in feel, trigger, firing and yea itbis acbit larger than a straight 38 in this model but thOse couple of more ounces and Because of different MATERIALS used Make it for me much more pleasurable to shoot 38s.
And i think the trigger action is better in Da. (You can stage the trigger for SA. 357s well this is not a SP101 Where you went from 13 plus to 15 plus to 26 or 26 ounces Unloaded. (LCRx 38 snubby to LCR 357 sbubby to SP101 snubby).
Try before you buy if you can.
Overall Rating
NICE!!!
Review by Constantine M. 7/28/20
Verified Buyer
This pistol is just as advertised. Compact, weight feels good and nice to carry.
Overall Rating
Small Frame - High Power - Manageable Recoil
Review by Vicent T. 7/26/20
Verified Buyer
High power in a small frame. have put 100 or so rounds thru this pistol and it behaves nearly as well under recoil as my gp100 4.5 in stainless 357 ruger.
Overall Rating
Ruger LCR-357--good to go
Review by Rodger P. 4/21/20
Verified Buyer
Hi -- I've tried almost every single-stack 9mm on the market and I've found all of them to be too thin and difficult to grab under stress. So I went back to what I know works and decided to buy a ruger LCR-357. The ergos are better than any small auto pistol, the da trigger is excellent (better than a S&W J-frame). I don't feel limited with a 5-shot capacity. There are things you can do with a revolver that you can't with an auto pistol (I also own and carry a Glock 19). buy with confidence--buy from KeepShooting.
Overall Rating
Great snub nose
Review by Burrell X. 1/23/20
Verified Buyer
Did a lot of research into the gun. It did not disappoint. Very versatile in terms of ammo that can be used. Comfortable to hold. Good accessories available from ruger if you want a different grip, front sight, speed loader, etc... would highly recommend
Overall Rating
Nice
Review by Lorence L. 11/21/18
Verified Buyer
Great gun handles very well
Overall Rating
Nice
Review by Baraka L. 10/31/18
Verified Buyer
Outstanding pistol with a great trigger and excellent accuracy. Mine has been carried all over the place, and I have no issue shooting heavy 357 out of it. A great CCW.
Overall Rating
Little Gun Big Punch
Review by Delbert M. 8/4/18
Verified Buyer
Fantastic pistol designed to make a magnum manageable with a weight just over 1 lb. I took off one star because KeepShooting sent me the LCRx 9mm first. I know mistakes happen, but they said there was nothing they could do to compensate me for the inconvenience. I had to coordinate getting a shipping label and had to wait another week for the correct gun to arrive.
Overall Rating
Great little firearm that packs a huge punch.
Review by Favian N. 7/28/18
Verified Buyer
Great everyday carry weapon. Top notch quality and Ruger reliability.
Overall Rating
Great little pocket revolver
Review by Derian K. 7/27/18
Verified Buyer
First, this is a great little revolver that packs a punch. The 357 rounds kick a bit, though not so much that you can't control them. I personally prefer 38 Special as they kick less and I can shoot them much more accurately. The best part is the trigger - by far the smoothest factory DA I've ever felt.

Second, this is the 5th gun I've purchased from KeepShooting. They usually have excellent prices and are quick to ship.