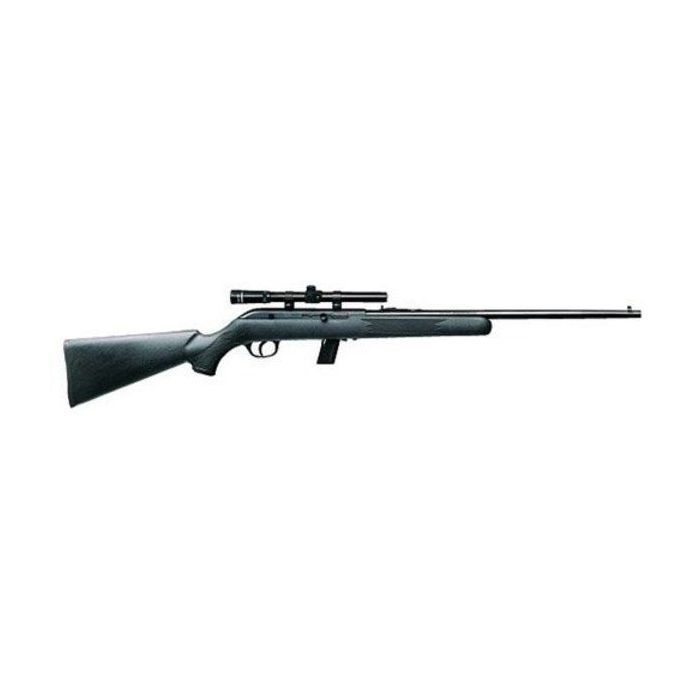 (0)
The Savage Arms Model 64 FXP is one in a series of rimfire rifles from the Savage Arms Company that represents the company's continued excellence in all things rimfire. Touting a simple blowback action, the Model 64 FXP is a semi-automatic .22-caliber rifle that is renowned for its unbelievable accuracy, often drawing comparisons to the world-famous Ruger 10/22. The difference? Many believe the Model 64 FXP to be more accurate out of the box than the 10/22. Suitable for a range of shooting applications, including plinking, hunting and more, the Savage Arms Model 64 FXP is an inexpensive alternative for shooters of all skill levels. Prospective buyers will also be pleased to hear that each rifle ships with a 4x15mm scope with rings and a 10-round magazine.

The Savage Arms Company, originally founded in Utica, New York in 1894 by Arthur Savage, is an American arms designer and manufacturer based in Westfield, Massachusetts. The company also has a rimfire manufacturing division in Lakefield, Ontario, Canada.

As noted, the company was founded in 1894 by Arthur Savage, and within 20 years was producing a range of rifles, handguns and ammunition. Notable for several innovations, the Savage Arms Company is perhaps most famous for developing the Model 99 hammerless lever-action rifle, a major advancement in firearms technology that offered the average person an affordable rifle and remained in production through 1998. Among their many other notable achievements was finishing second to Colt's Patent Firearms Manufacturing Company in the U.S. Army trials for the selection of a .45-caliber pistol and the development of the popular .300 Savage cartridge.

Today, the Savage Arms Company carries a rich heritage and stands alone as the standard for accuracy with the production of a variety of rimfire and centerfire rifles, including the new Savage Arms Model 64 FXP.

Hailing from the Rimfire Package Series, the Savage Arms Model 64 FXP is one in a series of semi-automatic .22-caliber rifles produced by the Savage Arms Company in their Lakefield, Ontario, Canada rimfire manufacturing division. As noted, it operates on a simple blowback action and, though targeted towards beginners, is an exceptionally accurate rifle suitable for a range of shooting applications that is available for an inexpensive price, making it one of the company's perennial best-sellers.

That said, the Savage Arms Model 64 FXP boasts a 20 1/2 inch barrel (1:16 inch twist) alongside an overall length of 40 inches. The hammer-forged, carbon steel barrel is blued to protect it against rust and other corrosion, and features a satin finish. It is nestled with the receiver in a synthetic, matte black stock that contributes to the overall light weight of the rifle, which weighs in at a meager five pounds. In addition to a pair of backup iron sights, the Model 64 FXP ships with a 4x15mm scope with rings. Additionally, each rifle includes a single 10-round magazine.

Whether a newcomer or a seasoned veteran, the Savage Arms Model 64 FXP is sure to offer shooters great fun at little cost. Consider this rifle for: 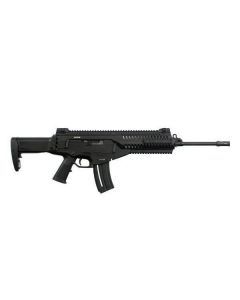