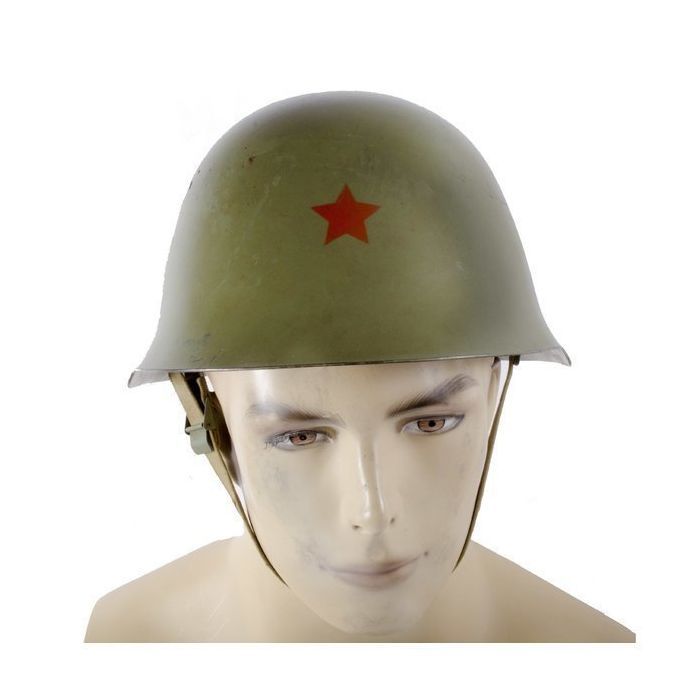 The Serbian Army has used the standard Yugoslavian M59/85 helmet since it was first introduced. With a proven track record in multiple wars and skirmishes over many years, the M59 can still be seen being used by reserve forces in Serbia. Referred to in Serbia as the NE44, it is rumored that the original M59 helmets were designed by Tito during World War II.

We have four different styles of Serbian Army Helmets and have sorted them to allow you to pick which helmet style you'd like. While virtually all of the helmets are the same model, they do have different insignia on the front. Considering the age and actual field use these helmets have seen, you should expect varying degrees of wear and use to be present on each helmet. The pictures we have provided so a good representation as to what you'll receive, however you should expect to have no two helmets be identical.

Overall Rating
Neat Helmet
Review by Chris P 3/25/18
I got a helmet with a rough exterior which is to be expected in surplus and makes it look great. The interior and liner are in great shape and has a name written on the headband which is always cool. I picked the Yugo Army logo and the sticker was a little damaged, nothing serious, and allowed me to see the red star underneath. Overall a nice addition to my military helmet collection.
Overall Rating
Really worth it for the price!
Review by Nick 11/9/17
I have two of these, one Red Star and One Yugo Logo one (Both quality metal), and i tested the Yugo Army one, for an old steel helmet, they can hold up to 22lr, 22 magnum, .38, 9mm, .40 and .357 (All the rounds i could test it with), hell i even hit it with a pickaxe after that and it just bounced, these are quality metal. Both liners were in great shape, and of similar gauge steel, if i had to rate these by NIJ standards, these are probably Level II+ and Level IIIA, somewhere between those. Really worth it.
Overall Rating
Awesome Helmet
Review by Michael 11/8/15
I bought one of these with the Yugo Army logo when KeepShooting first offered them earlier this year, and I love it. It is in good condition with only one ding (minor), and a few chips in the paint, but that is all expected for used surplus. The liner is all there except for the part that interweaves at the top of the webbing, though this doesn't affect the wearability of the helmet. It also looks great on display. A great deal for a true piece of history. I highly recommend it.
Overall Rating
Piece of history
Review by Mark 8/24/15
I bought one with the red star emblem nice that this site allows you to select. Mine had some surface scratches but in very good condition overall. I would recommend to anyone collecting com-bloc mil surp.