Often, buying something that is more expensive does not get you a product that is of a higher quality than a cheaper but comparable product. In fact, many times you are only paying for the name. You can stroll on down to “Plain Sweatshirt Warehouse” and get a brand-free sweatshirt for 10 bucks. That same sweatshirt will run you 50 bucks at “Trends R Us” for the sole fact that it has a brand name label. The neighborhood kids may hold you in a higher regard, but your piggy bank will never forgive you.

Recently I bought an automatic watch. Yes, I still wear a watch daily. Anyway, while still relatively expensive, it was exponentially cheaper than a Rolex. Now, I am quite sure my watch runs on par with a Rolex, but since it does not have that oh-so-famous name, I was able to save an arm, a leg and my sense of self-respect.

Today, the complete opposite is true. We want you to buy brand name because there are those rare instances in which you can buy a brand name product at a thrift store price. If you search far and wide, you get lucky every once in a while and find a steal of a deal. Today, Keepshooting.com has another brand name product at an affordable price. Is anyone looking for SIG P6/P225 magazines, by chance?

SIG, otherwise known as Schweizerische Industrie Gesellschaft or “Swiss Industry Company” is a longtime arms manufacturer now operating in the United States as SIG Sauer. Long story short, the company produced a couple of pistols by the names of P6 and P225, which remain extremely popular to this day. Anyway, you can now purchase original factory SIG P6/P225 magazines at an aftermarket price. A recent shipment included a wealth of single-stack, 8-round magazines for the SIG P6/P225 chambered in 9x19mm Parabellum (9mm) that will fit and function in any SIG P6 of SIG P225.

Because these are original factory-produced magazines, the SIG P6/P225 magazine is one that you can hold to a higher standard. It can be yours today for only $29.95. 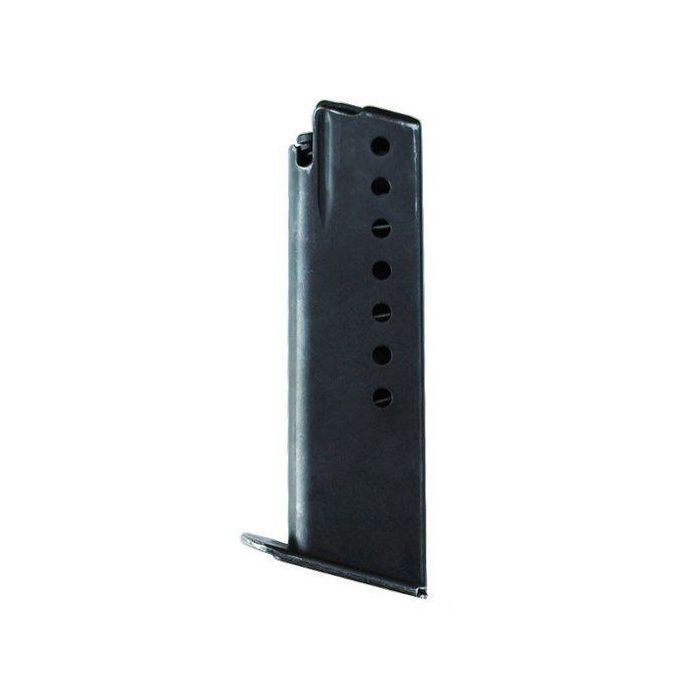 SIG has a long, storied history – one that is much too long and involves too many sales and subsidiaries than I care to discuss. However, the discussion of both the SIG P6 and the SIG P225 is pertinent.

The 1970s brought with it a new standard for police firearms in West Germany, which led authorities to seek replacements. SIG Sauer, Heckler & Koch and Walther all submitted pistols to be considered, each of which was accepted. SIG originally submitted the P220, only to later submit a redesign that was compliant with the new standards set forth. This variant was known as the P6/P225 – with the P6 being those manufactured for West German police and the P225 being those manufactured for United States civilian law enforcement. Though the pistols are relatively identical, there are some slight differences, however, including the trigger pull, hammer style, sights and the feed ramp.

Generally speaking, it is beneficial to seek out factory magazines for your firearms. Factory magazines are manufactured by the same company, to the exact same specifications and tolerances as the originals. They are also made from the same materials. This ensures both fit and function in your firearm.

The SIG P6/P225 magazine is a factory-produced, German-made, single-stack magazine designed for use with the SIG P6. Because the firearms are functionally identical, the magazine will fit and function in both the SIG P6 and the SIG P225. The magazine holds 15 rounds of 9x19mm Parabellum ammunition and is marked as such. It is constructed entirely from steel and features a matte black finish as well as a “SIG Sauer” logo displayed prominently on the left side. Note that each of these magazines is a surplus item. Though they may show some signs of wear, they are in excellent working condition.

Cut down on your loading times at the range by picking up a few extra factory magazines today. These SIG P6/P225 magazines are cheaper than just about anywhere else and cannot be surpassed in terms of quality. Pick one up today for only $29.95.