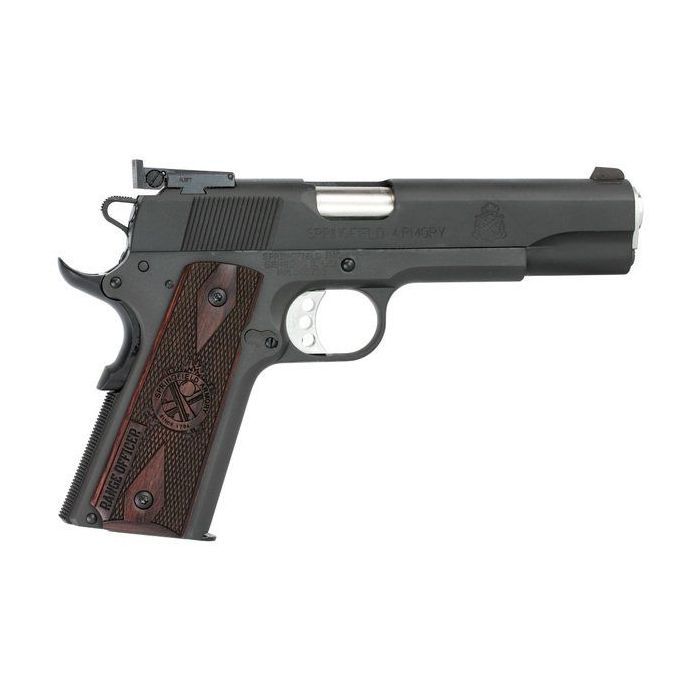 A quick perusal of Springfield Armory's official website will reveal the fact that the company really only produces a few lines of firearms. Naturally, the company remains true to its roots by refusing to turn its back on M1A platform. They have also recently placed themselves at the head of the polymer pistol market alongside GLOCK and Smith & Wesson with their XD and XDm Series pistols, both of which come highly recommended. But the company's bread and butter seems to be their extensive line of 1911 pistols; because as everyone knows, when you want a 1911 you go directly to Springfield Armory, Inc.

One of the newest and most popular pistols in Springfield's extensive line of 1911 pistols is the Range Officer. Designed as an alternative to the costly TRP and Trophy Match lines, the Range Officer offers shooters outstanding quality and exceptional performance suitable for use in competition at an affordable price.

Springfield's goal when developing the Range Officer was to produce a pistol that was suitable for use in a range of shooting competitions so that shooters would be able to find their niche without investing too much time and money. The result was a pistol that is produced on the same tooling using the same quality materials as both the TRP and Trophy Match lines and combines everything needed in a competition model. And in order to offer it at an affordable price, Springfield removed some of the "extras" that put the TRP and Trophy Match lines in another price tier. The best part, however, is that the Range Officer is easily upgradeable so that it will serve any and all future needs.

The Springfield Range Officer features a five-inch, stainless steel match-grade barrel and an overall length of 8 1/2 inches. The forged steel frame and slide combine for a pistol that weighs in at a hefty 40 ounces. Additionally, both feature a Parkerized finish to protect the firearm from rust and corrosion, and are joined by cocobolo hardwood grips. Tight groupings will be standard thanks to the lightweight, aluminum match-grade trigger that boasts a trigger pull rated between five and six pounds. Other features include a beavertail grip safety, a manual thumb safety, a lightweight Delta™ hammer, fully adjustable target sights and a lowered and flared ejection port. As noted, each pistol includes two seven-round magazines for a "7+1" capacity. 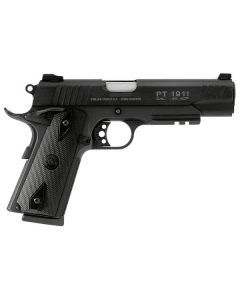 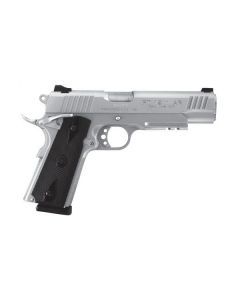 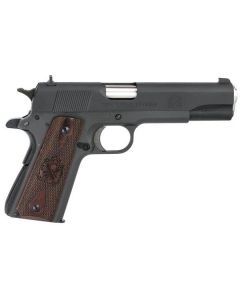 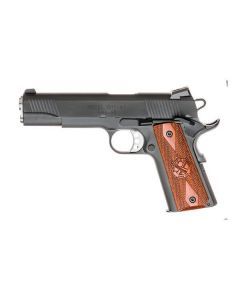 Overall Rating
Excellent!
Review by Jacob 2/6/14
Verified Buyer
Love this gun I've had It for about a year now. It shoots like a dream. Mine doesn't like steel cased ammo but chews through brass any brass. Hardly even kicks because of the weight of the gun and how balanced it is.
Overall Rating
Top Notch 1911
Review by Chris 2/5/13
Verified Buyer
The Range Officer is a very good looking 1911. The fit is VERY tight and the finish is great. The grip feels great and the balance is about perfect. The trigger is a little heavy for a bullseye gun but the break is nice and crisp. She is a sweet shooting 1911. My first 5 shot group at 25 yards was 1.75" The group was slightly high and left but the more than adequate adjustable rear sight made fine tuning easy. I have made many purchases from Keepshooting.com and plan to make plenty more. Thanks !