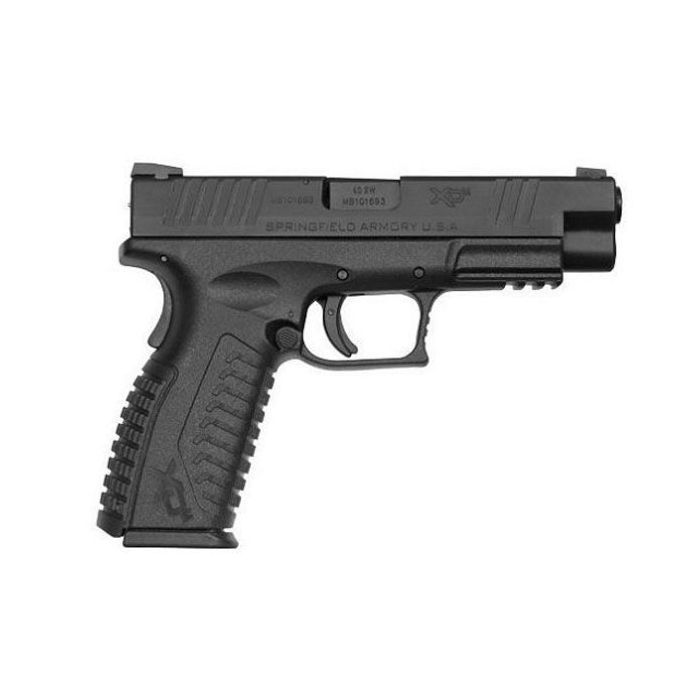 (0)
The Springfield XD(M) 9mm is a striker-fired, semi-automatic pistol that utilizes a short-recoil operation and is, as its name suggests, chambered in 9x19mm Parabellum. Every order comes in a hard, suitcase-style carrying case packed with the following: one XD(M) 9mm pistol, two 19-round magazines, one magazine loader, one magazine holder, three interchangeable backstraps, one holster and one gun lock.

In 2002, Springfield Armory brought the XD line of pistols to the United States market. They quickly rose through the ranks, surpassing other polymer pistols in terms of performance, safety and reliability. Their factory-standard, two-stage trigger will have you placing tight groups on the targets with ease. They also boast features like the loaded-chamber indicator and the striker-status indicator, which provide the shooter with visual and tactile confirmations as to whether the pistol is loaded and cocked. Couple this with the grip safety, ultra safety assurance (USA) trigger, drop safety and out-of-battery safety and you have a pistol that is at the top of its class in all of the areas that matter most. And remember, those are just the features of the XD series.

A few years later, we saw the debut of the Springfield Armory XD(M) line of pistols. The XD(M) line takes everything you love about the XD and build upon it. In addition to all of the aforementioned features, all XD(M) pistols boast a number of cosmetic changes that are not only aesthetically pleasing but 100 percent rooted in functionality as well. This includes increased slide serrations that are cut both deeper and longer for a better grasp. But that is not all the XD(M) series has to offer. The most noticeable differences come in the form of a match-grade barrel and interchangeable backstraps. Additionally, the disassembly process has been made fool-proof with the reconfiguration of the disassembly lever, which no longer requires pulling the trigger. As you can see, the XD(M) is much more than a different name.

The Springfield XD(M) 9mm features a 4.5-inch barrel and an overall length of 8 inches. The match-grade barrel rivals aerospace manufacturing and has both a melonite finish as well as a fully-supported ramp. The forged steel slide also features a melonite finish, which provides the slide with a surface that is highly resistant to rust and corrosion. With its lightweight, polymer frame, the pistol weighs in at just 2 pounds – making it manageable by just about anyone. The XD(M) 9mm also has a 3-dot iron sight system that features a dovetail front sight and provides for a rapid acquisition of targets and pinpoint accuracy. You may also be delighted to find that the MIL-STD 1913 accessory rail found on the XD series has stuck around to make attaching lights, lasers and other accessories quite simple. As noted the pistol includes two 19-round magazines.

Face it, you are not likely to find a better full-sized pistol chambered in 9x19mm Parabellum than the Springfield XD(M) 9mm. Its performance, safety and reliability are unmatched. Consider this pistol for any number of applications, including: 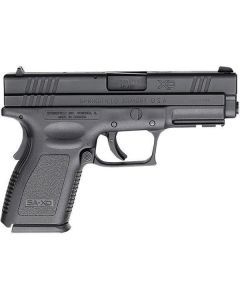 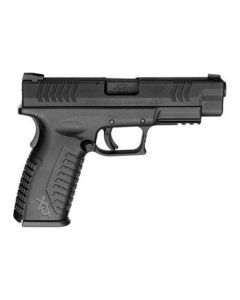