The Springfield XDm-45 is a semi-automatic, striker-fired polymer pistol that utilizes a short recoil operation and is, as its name suggests, chambered for the powerful .45 ACP cartridge. An ideal choice for a range of applications, the XDm-45 is perfect for everything from target shooting to personal defense. Moreover, this exceptional pistol boasts full-sized dimensions and the unyielding performance expected from today's modern service pistols. Additionally, each Springfield XDm-45 ships in a hard plastic carrying case with a wealth of accessories, including: two 13-round magazines, a magazine loader, a magazine holster, two interchangeable backstraps and a pistol holster. 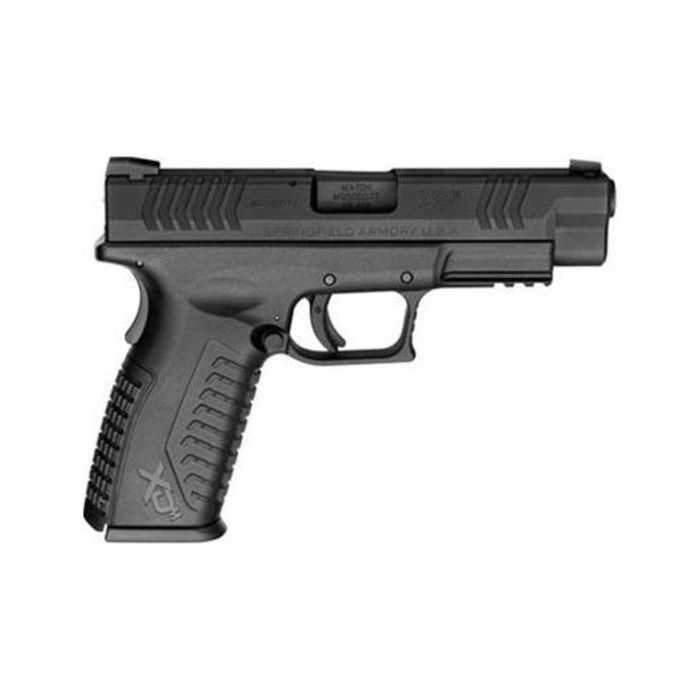 The Springfield XDm-45 features a match-grade 4 1/2 inch barrel, which is precision machined from aerospace-grade steel and features a Melonite® finish, alongside an overall length of eight inches. The forged steel slide also features a Melonite® finish for enhanced protection against rust and corrosion. Joined by a lightweight, polymer frame, the pistol weighs in at just 31 ounces – making it manageable by just shooters of all sizes and skill levels. The pistol also includes a three-dot iron sight system, which features a dovetail front sight and provides for a rapid acquisition of targets and pinpoint accuracy. Other features include interchangeable backstraps and a MIL-STD 1913 rail for mounting lights, lasers and other tactical equipment. As noted, the Springfield XDm-45 ships with two 16-round magazines.