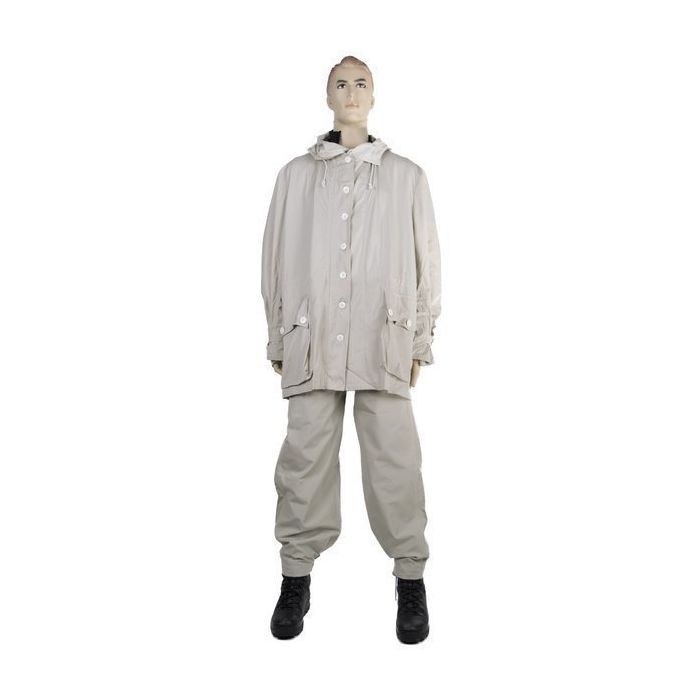 The Swedish M62 Snow Camo Suit is an authentic snow camouflage suit that was used extensively by the Swedish Army. Consisting of both a parka style jacket and trousers, you can quickly don this oversized suit while in the field to adjust to the falling snow for camouflage purposes.

The Swedish Army M62 Snow Camouflage Suit is an oversized camouflage suit that was specifically designed for camouflage in the snow. Soldiers in the Swedish Army would be in the field wearing their standard combat uniforms and gear and the weather would change to snow. Rather than have a winter uniform that was made in specialized snow camo patterns, the M62 was issued to be worn over top of a soldiers combat uniform.

Since this suit was made to be oversized to allow it to be worn over combat gear, it is perfect for use by winter hunters and sportsmen. You can quickly put this snow camouflage suit on overtop of your existing parka or winter clothes to gain the advantage with camouflage. Winter hunting in the snow has been growing in popularity and the design and color of these snow camouflage suits makes them an excellent choice.

The sizing on these suits is very good, despite the traditional Swedish army sizing not being clear. With these suits, the Swedish Army size is based on what the soldier would normally wear for their uniform. Since the M62 snow camouflage suit system was designed to be worn over a combat uniform and combat harness, the sizing tends to run 20-25% larger than the Swedish size. So where you see a size listed as a "US Medium / Large" it would be closer to a US Extra Large to Double Extra Large. Factor in the true size being one or more sizes higher than what is listed.

Price
Value
Quality
Exactly What I Was Looking For
Review by Vince 4/1/21
I needed a lightweight outer layer for cold weather camping in dry conditions. This fit the bill. Haven’t used it in the field yet, but I know others who have and it comes highly recommended
Quality
Price
Value
Deep Winter Outerwear
Review by William 1/21/17
These are very nicely designed simple over-garments. Ostensibly for concealment in snow, they are actually a shade of grey, not quite white, but will work pretty well in that application in a mixed landscape. Where they excel is as a wind layer for very cold dry climates- they are highly breathable, loose fitting, works well over a thick wool sweater for active wear. I last wore my set with a wool layer underneath for snowshoeing when it was in the teens and windy. The jacket has a kind of basic, reduced quality that makes it stylish, large buttons and pockets that will hold mittens, hat, etc.; these are reminiscent of the old fashioned ventile cotton arctic parkas. Yes, a bit retro, but a nice change from woodland type camo or the newer hyper-colored, super technical expedition shells.