The TAPCO® AK-47 magazine is a composite 20-round magazine designed for the AK-47 and any other Kalashnikov-patterned variant chambered for the 7.62x39mm cartridge. With this particular magazine, TAPCO® somehow managed to improve upon perfection. Now, you have the opportunity to not only pick up a magazine that is both durable and reliable, but add three United States 922r-compliant parts while doing so. 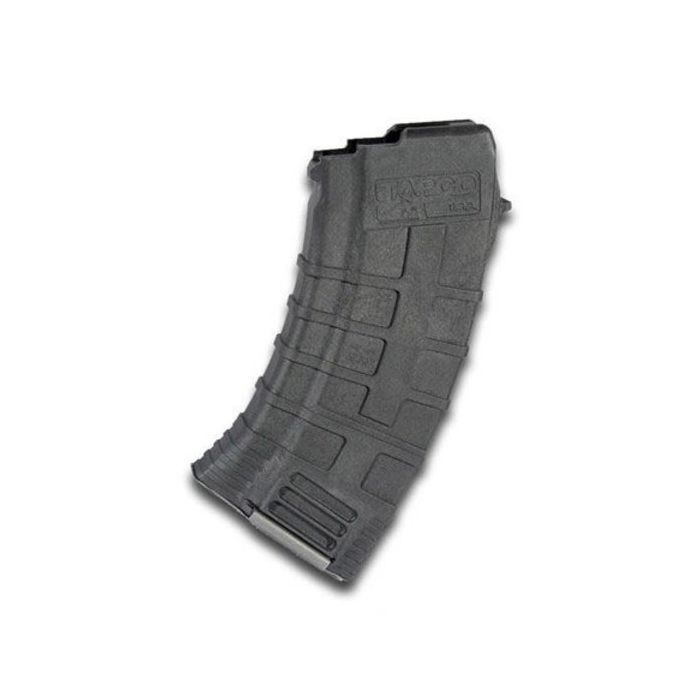 TAPCO® is a firearm parts and accessories manufacturer that is based in Kennesaw, Georgia. The company began as a small family business over 25 years ago, but has since exploded to become one of the nation's foremost manufacturers of aftermarket accessories. Unchanging, however, was the company's dedication to strong customer service and quality production. As such, TAPCO® offers a lifetime guarantee on all parts, many of which are marked "TAPCO U.S.A." to signify their proud heritage as an American-owned and operated company.

One of the parts marked "TAPCO U.S.A." is from their lauded INTRAFUSE® line of rifle and shotgun accessories – the new TAPCO® 20-round AK-47 magazine. The TAPCO® AK-47 magazine is a U.S. 922r-compliant part that, as noted, gives you unmatched durability and reliability as it relates to firearm magazines. We just hope that your firearm of choice happens to be the AK-47 or one of the many Kalashnikov-patterned variants chambered for the 7.62x39mm cartridge.

As noted, the TAPCO® AK-47 magazine is a TAPCO®-produced magazine for the AK-47 platform and any of the Kalashnikov-patterned variants chambered for the 7.62x39mm cartridge. The magazine is designed to hold and feed 20 rounds of 7.62x39mm ammunition to your rifle. Its reinforced composite body features a black finish and protects the assembly from rust and other corrosion, placing it far beyond the aftermarket competition and some steel magazines. Additionally, the magazine benefits from a heavy duty steel spring and an anti-tilt follower, both of which guarantee continuous reliable feeds.

Generally speaking, it is beneficial to seek out original factory magazines for your firearms. Original factory magazines are manufactured by the same company, to the exact same specifications and tolerances as those that ship with the firearms for which they are designed. They are also made from the same materials, which ensures both fit and function in your firearm. However, TAPCO® has been a trusted manufacturer for more than a quarter of a century. And with their lifetime guarantee, there is absolutely no risk.

Reviews 5
Write Your Own Review
We found other products you might like!
Copyright © 2002-present United Defense LLC. All rights reserved.