The store will not work correctly in the case when cookies are disabled.
Menu
Account
Rating:
100% of 100
2  Reviews Add Your Review
$20.95
Out of stock
SKU
TKSLING

The Roaring Twenties was one heck of a decade – not that I know from personal experience. If history class taught me anything though, it was that the 1920s was the place to be. The end of World War I ushered in an era of excellence in the United States, arguably unmatched since.

Culture thrived. Art deco took off, jazz music graced the ear drums of people everywhere and sexy young flappers danced the Charleston in speakeasies with their legs exposed. Mickey Mouse even made his debut in "Steamboat Willie." Looking back, none of that sounds too exciting, but I am sure it was amazing at the time. I know the sports were.

You can mention a lot of names in a discussion about American sports in the 1920s, but only one really matters. Had I been alive, I would have had the privilege of watching Babe Ruth smack a few dingers. Who knows, I may have even shared a hot dog or two with the man. As much as it pains me to say, it would have been an honor to see the rise of the New York Yankee dynasty alongside Babe Ruth, Lou Gehrig and the rest of Murderers' Row.

Of course, you cannot talk about the Roaring Twenties without a passing mention of Prohibition and organized crime. What would Al Capone think? Personally, the ban would not have affected me, but American love their booze and the gangsters were going to give it to them, which meant they needed guns. Their favorite was, perhaps, the Thompson submachine gun. Is there any cooler image than a gangster firing a Thompson from the hip?

Originals are very hard to come by, so go for the next best thing. The Thompson Kerr sling is available for only $19.95. 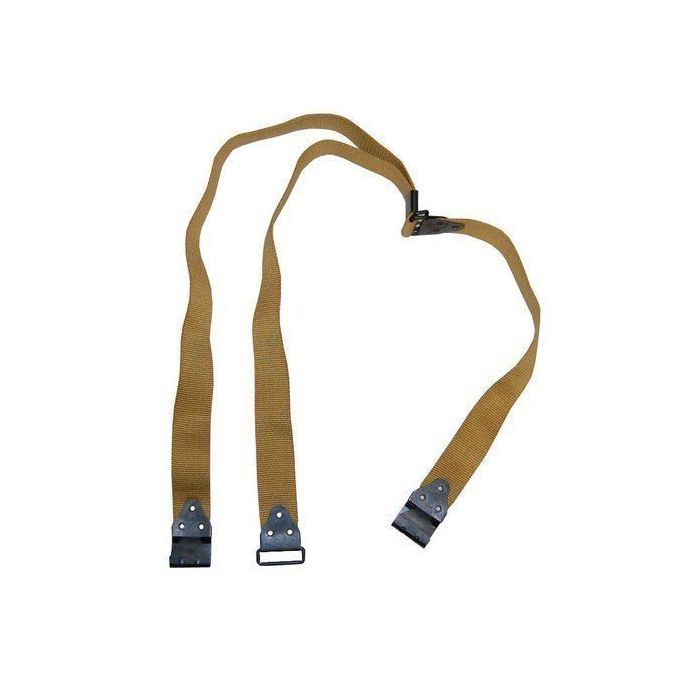 Spare parts are an important consideration when it comes to firearms. Like any machine, firearms rely on a series of parts to function properly. In general, if a part breaks or fails, a repair or replacement becomes necessary immediately. Though a sling holds no bearing on the functionality of a firearm, it aids in building a firearm that is not only complete, but correct.

As noted, the Thompson Kerr sling was originally used on the WWII-era Thompson model M1928A1. This model included a horizontal handguard as opposed to the pistol grip, as well as a provision for a sling.

The Thompson Kerr sling is constructed from tan-colored canvas webbing and includes all the necessary steel clips for mounting and use. It slips easily through both sling swivels, located on the handguard and on the buttstock. This high-quality reproduction has been manufactured to the same specifications as the original and is available at a fraction of the price.

Whether you plan to use the Thompson Kerr sling or purchase it to make your Thompson both complete and correct, you are sure to be pleased by the quality of this sling. Pick one up today for only $19.95.