"I am going to give you to the count of ten to get your ugly, yellow, no-good keister off my property before I pump your guts full of lead." For those of you who may be feeling a little confused at this point, that is a quote from "Angels with Filthy Souls," which is, of course, a parody of the 1938 film "Angels with Dirty Faces." The aforementioned quote can be found in one of the iconic scenes from "Home Alone," one of Macaulay Culkin's better films. However, the fun does not stop there. No sir. The line is followed up by the count of "One…Two…Ten," a barrage of bullets from a Thompson submachine gun and the arguably more popular line "Keep the change, you filthy animal."

If by some chance you have never seen "Home Alone," the scene I just described was used to fool a couple of cretinous crooks into thinking the man in the movie was speaking to them. Luckily for Kevin McCallister, the safety switch on the Thompson was set to "fire." Otherwise, the movie may not have had such a joyous finale.

When dealing with firearms, the safety switch is a manually-operated, external safety that will either prevent the trigger from being moved or disconnect the trigger from other integral components (i.e. the sear). Typically, it is found alongside the other fire controls in the lower receiver of the firearm. Such is the case with the Thompson safety switch. Keepshooting.com now carries a newly-manufactured Thompson safety switch. Manufactured to the original specifications, the safety switch is an excellent spare part to keep on hand for your Thompson submachine gun.

Spare parts for the Thompson submachine gun are not always easy to come by. Keepshooting.com aims to make your search a bit easier by adding the Thompson safety switch to our lineup – available now for $24.95. 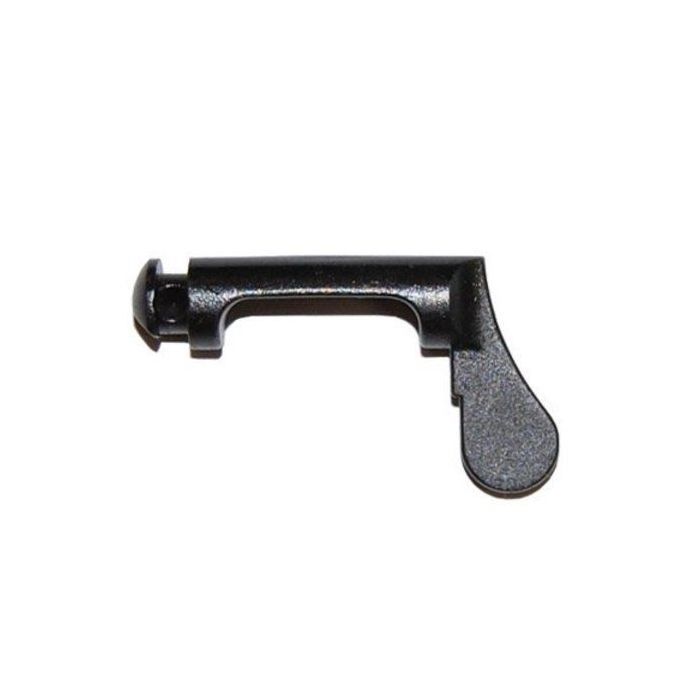 Spare parts are an important consideration when it comes to firearms. Like any machine, firearms rely on a series of parts to function properly, including the fire controls. In general, if a part breaks or fails, a repair or replacement becomes necessary immediately.

It is also important to consider availability. At this time, Keepshooting.com is seeking to provide our customers with a wide selection of spare parts for the Thompson submachine gun. Several parts are now readily available on our website at an affordable price. There is no better time to take advantage of this offering than now.

The Thompson safety switch is one of several replacement parts we offer for the Thompson submachine gun. Located on the lower receiver of the firearm, the safety switch is an external safety designed to prevent any accidental discharges from occurring. Like many other selective-fire firearms, the safety switch on the Thompson is separate from the selector switch, which allows the shooter to choose between single-shot and fully-automatic modes. Other selective-fire firearms – like the M16 – have a single switch that integrates both the safety and the fire selector.

Whether you are looking to piece together a Thompson, repair an old one or you just want some spare parts on hand, the Thompson safety switch is an excellent choice. Pick one up today for $24.95.

Reviews 1
Write Your Own Review
We found other products you might like!
Copyright © 2002-present United Defense LLC. All rights reserved.