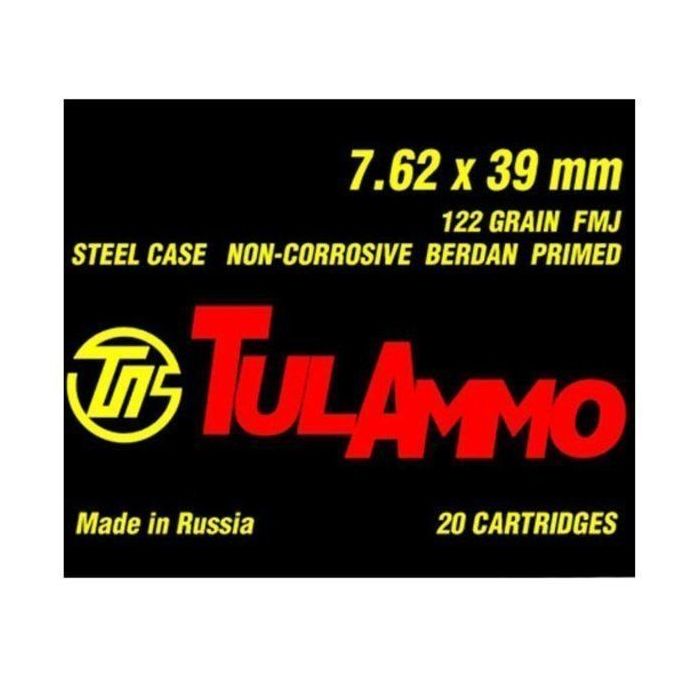 OJSC Tula Cartridge Works is a munitions manufacturer based in Tula, Russia. The company was founded in 1880, and has since gone on to become one of Russia's leading manufacturers of high-quality, steel-cased ammunition. For more than 130 years, the Tula Cartridge Works has been a domestic force. Today, the company has a large stake in the worldwide market for ammunition as well, and produces cartridges for armed forces, law enforcement agencies and civilians all over the world. In fact, its products are exported to North America, South America, Central America, Europe and the Middle East.

All Tula 7.62x39mm ammunition comes from the TULAMMO line of ammunition. Developed as an economy load suitable for high-volume sport shooters and hunters, the TULAMMO line is designed to retain optimal performance under any conditions. Where is the disconnect between typical suppliers of economy loads and Tula? Many suppliers of low-priced ammunition often use corrosive primers to bring down their manufacturing costs. Tula 7.62x39mm ammunition utilizes only non-corrosive Berdan primers and premium raw materials to ensure consistent performance.

Manufactured in Tula, Russia at OJSC Tula Cartridge Works, each box of Tula 7.62x39mm ammunition contains 20 rounds of non-corrosive, steel-cased cartridges. Each cartridge contains a 122 gr full metal jacket projectile, which provides for increased muzzle velocities. In fact, this load is capable of producing muzzle velocities that have been observed to travel at speed of up to 2,396 fps. Additionally, each cartridge features a phosphate polymer coating in an effort to not only provide enhanced protection against rust and corrosion, but to ensure smooth feeding and reliable extraction as well.

Tula 7.62x39mm ammunition is an excellent choice for: 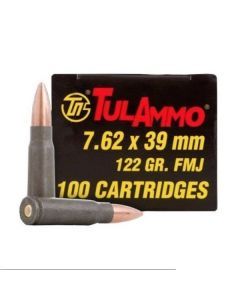 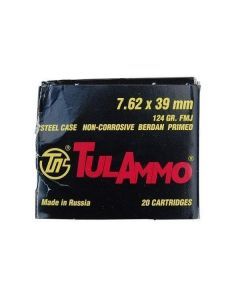 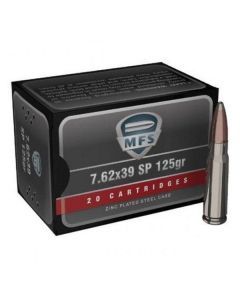 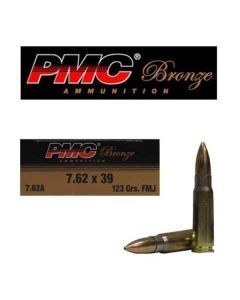 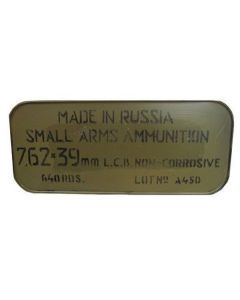 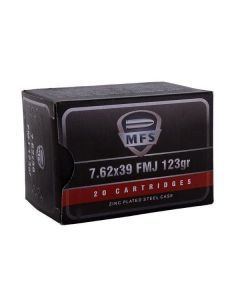 Overall Rating
DIRTY BUT PROUD
Review by GUN NUT 11/12/13
Verified Buyer
I like this ammo because it comes off of military production lines. It is great for an AK47 and will leave it all black inside after 100 rounds, but who cares, its an AK and you just kick the action open and keep firing. In other words, if it works for the Russian military, it works for me.