Be the first to review this product
$26.95
In stock
SKU
USWWIIGMB 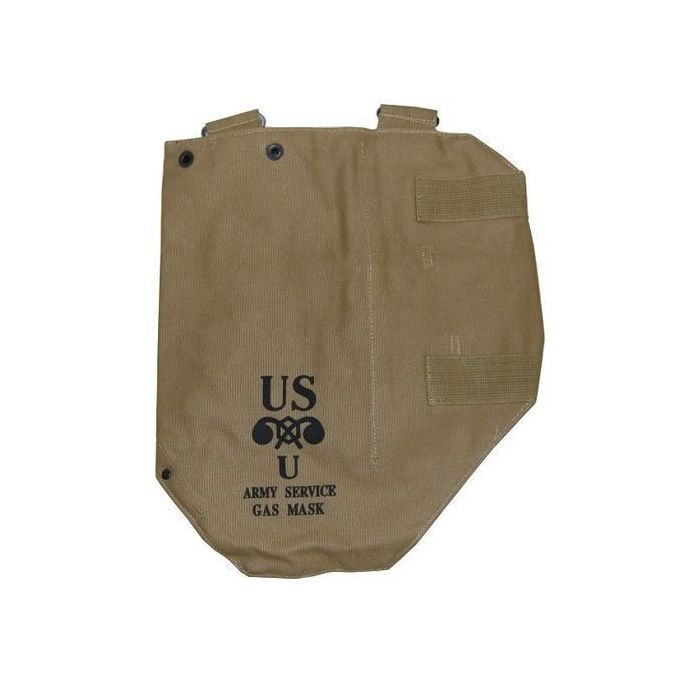 As noted, each U.S. M3A1 gas mask bag offered by Keepshooting.com is a reproduction of an original piece of USGI equipment. Original M3A1 gas mask bags were designed for and would have been issued to members of the United States Armed Forces during World War II as part of a series of personal protective equipment, including the M3A1 gas mask. This equipment would have most likely been issued to those who served in the U.S. Army, the largest and oldest of the five main service branches, and the U.S. Marine Corps, the branch responsible for proving power projection from the sea.

Because our U.S. M3A1 gas mask bags are reproduction items, each is also a brand new item. And unlike traditional military surplus gear, which can often be plagued with rips, tears, stains and scents, these bags remain in perfect condition, ready for display or use in a historical reenactment. Those who would prefer an inexpensive alternative to costly, original surplus equipment are sure to find our U.S. M3A1 gas mask bag a more-than-suitable replacement.

Perhaps the most interesting aspect regarding our U.S. M3A1 gas mask bag is the fact that all manufacturer and proof markings are reproduced. Markings include: "MIVAI," "IRGC," "LOT C-905-1" and "BY SEMS."

The U.S. M3A1 gas mask bag is an excellent choice for: