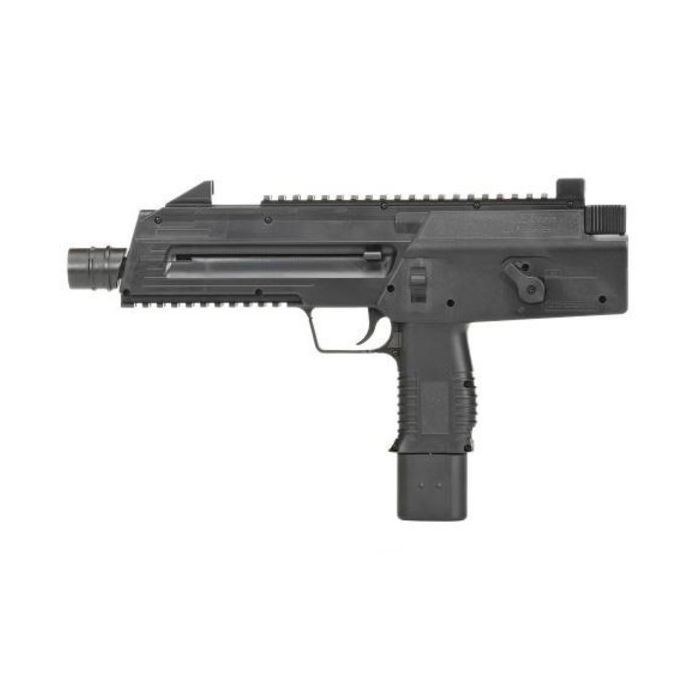 (0)
The Umarex Steel Storm air pistol is a semi-automatic air pistol with the ability to provide single-shot fire or six-round burst fire. Powered by dual 12-gram CO2 cartridges, the Steel Storm pumps out .177-caliber (4.5 mm) steel BBs at a velocity of 430 fps. And for those tacticians out there, it has top and bottom Picatinny rails for the attachment of lights, lasers, optics, grips or whatever you can wrap your mind around.

Since the company's debut in 2006, Umarex USA has been a premium distributor of sporting, tactical and replica air pistols and rifles. Their world-class products represent a big chunk of several niche communities that range from air guns and airsoft to paintball and tactical accessories. Recently, the company even branched out into rimfire rifles, offering a small selection of firearms chambered for the .22 LR cartridge. But enough about the company; let us talk more about the Umarex Steel Storm air pistol.

The Umarex Steel Storm air pistol is aptly named due to its ability to provide a whirlwind of steel BBs. As noted, the Steel Storm air pistol is exactly that – an air pistol. It is not an airsoft gun. It is designed to fire .177-caliber (4.5mm) steel BBs and is powered by dual disposable 12-gram CO2cartridges, which sets it apart from a great majority of the other air guns in the Umarex line. The CO2 cartridges are inserted into the grip of the Steel Storm, and provide the pistol with a source of compressed air, which acts as a propellant that is released with each pull of the unique semi-automatic trigger. Its unique fire selector switch gives it semi-automatic firing capabilities as well as the ability to fire in six-shot bursts, making the operation of this air pistol even more realistic than others. In fact, this particular air pistol is capable of discharging projectiles at a velocity of up to 430 fps.

The Umarex Steel Storm air pistol features a 7 1/2 inch, smooth-bore barrel alongside an overall length of approximately 15 inches. Additionally, the synthetic construction gives the pistol a weight of 2 1/2 pounds – easily managed by persons of all ages. The Steel Storm is fed by a built-in 30-round magazine but also includes a 300-round reservoir that ensures you will always be with ammunition, even when firing six-round bursts. Other features include fixed front and rear sights, a manual thumb safety, a fire selector switch that provides the option of single shots and six-round bursts and both top and bottom Picatinny rails for the attachment of lights, lasers, optics, grips and any other tactical accessories you desire.

Sure, the Umarex Steel Storm air pistol may not be exclusively licensed by any actual arms manufacturers, but that is just because it is too powerful to carry their names. The Steel Storm is an excellent option for: 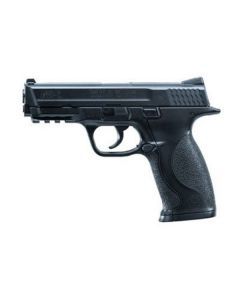 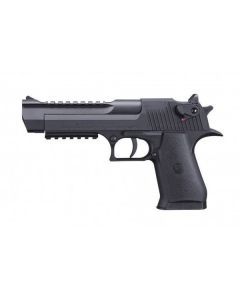 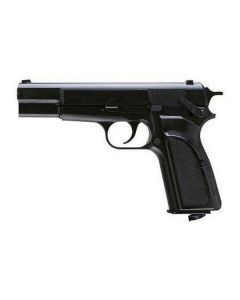