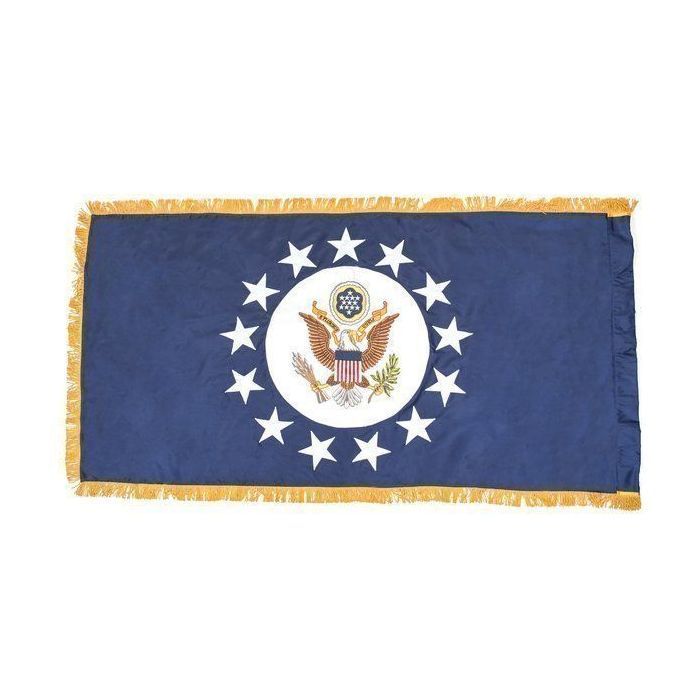 This extraordinary flag is incredibly rare with the official US Government contractor prohibited from selling them to anyone but the Federal Government. We were lucky enough to acquire two of these flags in an transaction with the government as part of a larger quantity of military surplus. One of these rare flags is on display now in our facility and the other is available for purchase. Never before have we had this flag available and do not anticipate ever having them again. For the advanced collector who demands authentic items, with this flag being produced by the sole supplier of these flags to the United States Government.