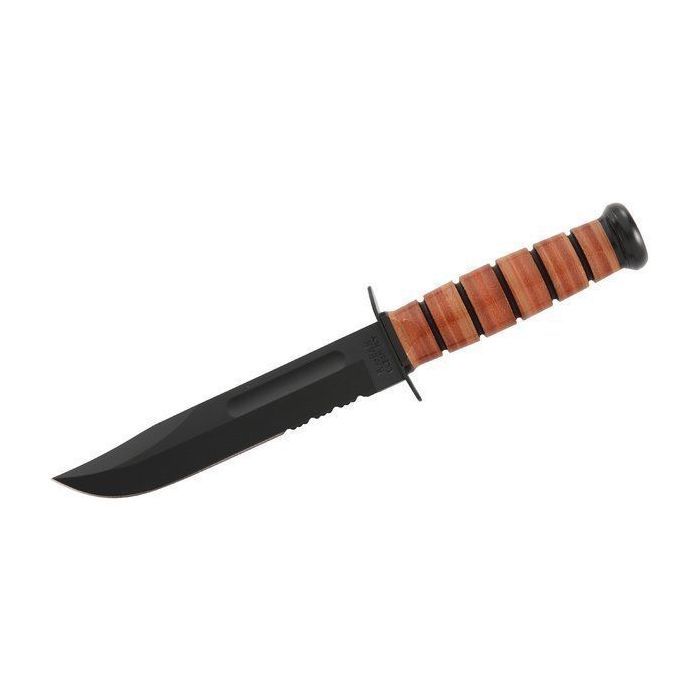 The US Army Ka-Bar Fighting Knife is a classic military fighting knife that is marked with the US Army logo on the leather sheath. On the blade there is a U.S. ARMY marking on one side and the KA-BAR logo on the opposite. With a rich history dating back to pre-WWII the KA-BAR knife has been battle tested and combat proven by US military forces in all wars since being officially adopted during World War II.

The US Army Ka-Bar Fighting Knife is a legendary combat knife Made in America by the KA-BAR Knife company. Long a favorite with adventurers, survivalists, outdoor sportsmen and collectors the KA-BAR features a combat tested and battle proven design that has been perfected over the lifetime of the KA-BAR. While there are numerous replica versions of this iconic military fighting knife, those who want a KA-BAR know to buy nothing but the original.

Overall Rating
Kabar army fighting knife
Review by Kevin 10/5/21
An excellent, well-made, USA-made knife. Good enough for the US military and good enough for me. It seems to be high quality and very sharp and durable.