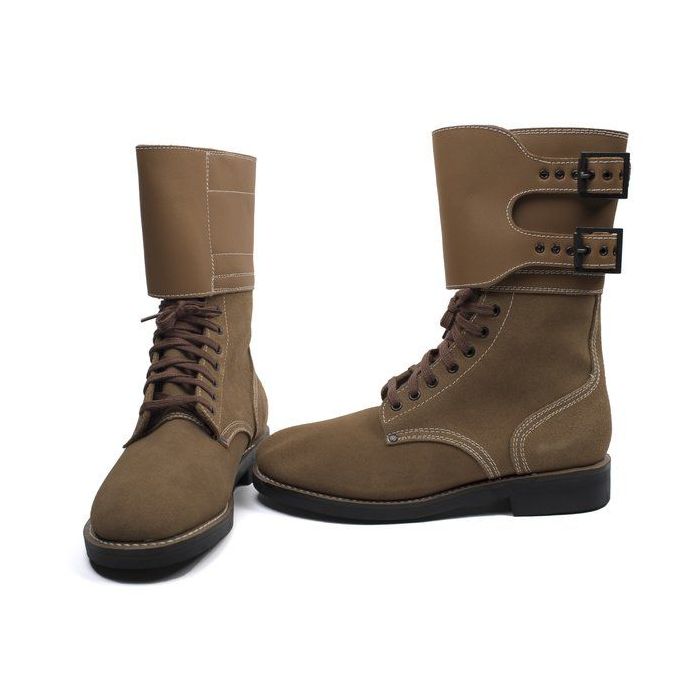 The US Military M43 Combat Boots are an authentic reproduction of the war time original. These boots were widely fielded by US forces during World War II where they were used in all theaters of war by US soldiers. Made from modern materials by Mil-Tec and sized to match US commercial size, these boots are ideal for use in film work or living history events.

Mil-Tec of Germany has been the driving force behind the Living History movement where dedicated participants recreate famous battles from World War II. Recognizing the need for quality reproductions of wartime originals, Mil-Tec has developed an entire line of goods to support both the Allied and Axis sides. These US M43 Combat Boots came from this line and represent a real value to re-enactors, film production crew, and anyone who has an interest in the Second World War.