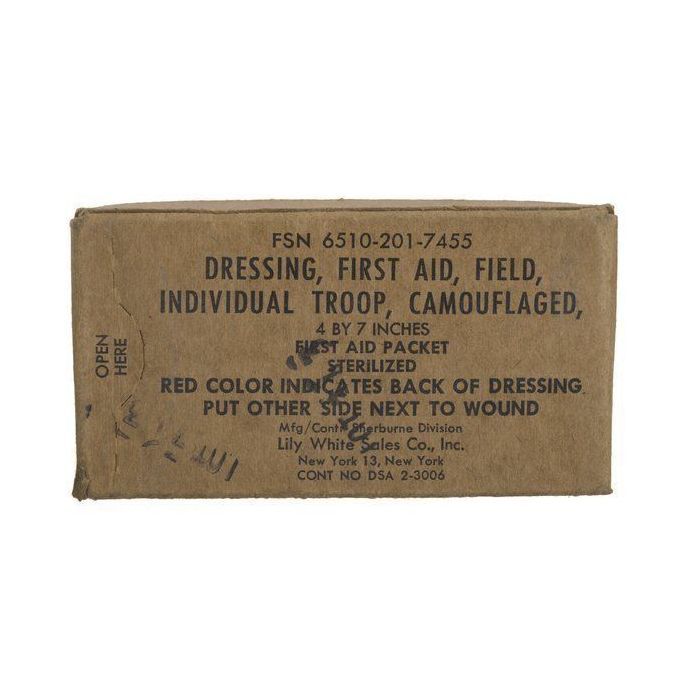 (0)
The USGI M56 First Aid Bandage is a boxed vintage bandage from the Vietnam War era. With issuance starting in 1969, these bandages were the standard issue for all soldiers who were drafted for service in Vietnam.

Vintage first aid equipment has become very collectible over the years, with vintage military first aid being some of the most collectible. These USGI M56 bandages are a great example of why this special class of first aid is so desired. From the box to the style of bandage inside, these bandages are a throw back to an era where manufacturing was done by companies of all sizes in all areas of the United States.

With these M56 First Aid Bandages being so associated with the Vietnam War, they are great for any Vietnam reenactments or displays. Each of these M56 bandages comes in the original box which contains the FSN, the bandage name, bandage size, instructions, and the manufacturer. Looking at everything from the type of cardboard box to the font used for printing you can imagine them rolling off the assembly line so long ago. 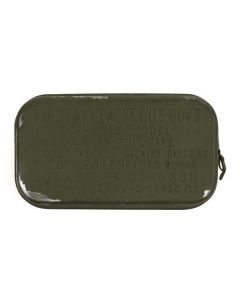