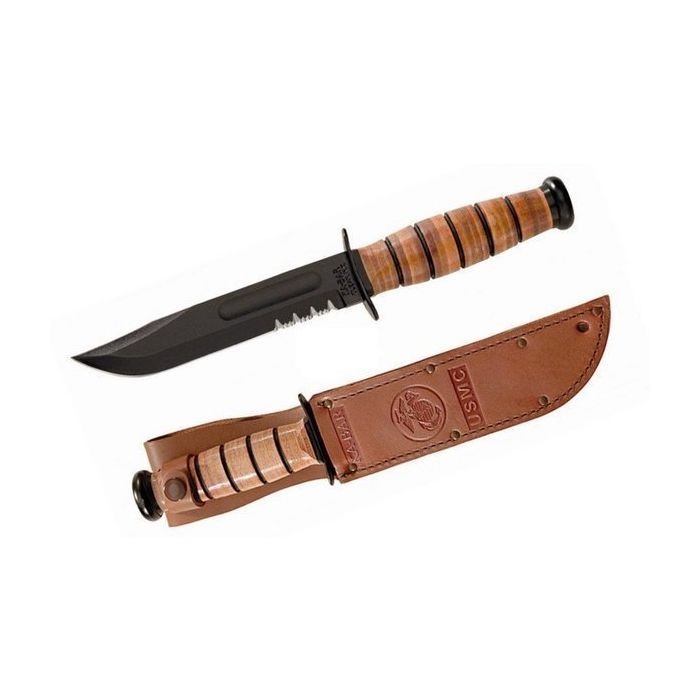 The USMC Ka-Bar Fighting Knife is an authentic fighting knife designed and issued to soldiers in the US Marine Corps. These knives are made by Ka-Bar who developed the design for the Marines during World War II and continues to produce this battle tested and combat proven knife today. Included with each Ka-Bar is a leather sheath that is stamped with the USMC logo.

The USMC Ka-Bar Fighting Knife is a world recognized knife that has been in constant issue to the Marine Corps since World War II. Having proven to be a battlefield ready knife during World War II the Marines have continued to utilize this exceptional knife. Officially known as the Knife, Fighting Utility soldiers and Marines have long referred to it by the name that was originally marked on all of these knives - the KA-BAR. No matter if you are a knife collector or just a fan of Marine Corps gear, everyone should own an authentic KA-BAR.

Price
Value
Quality
Great Product
Review by JT 12/15/20
This is a beautiful and well made knife. I am very happy with this purchase and will likely purchase from Keep Shooting again.