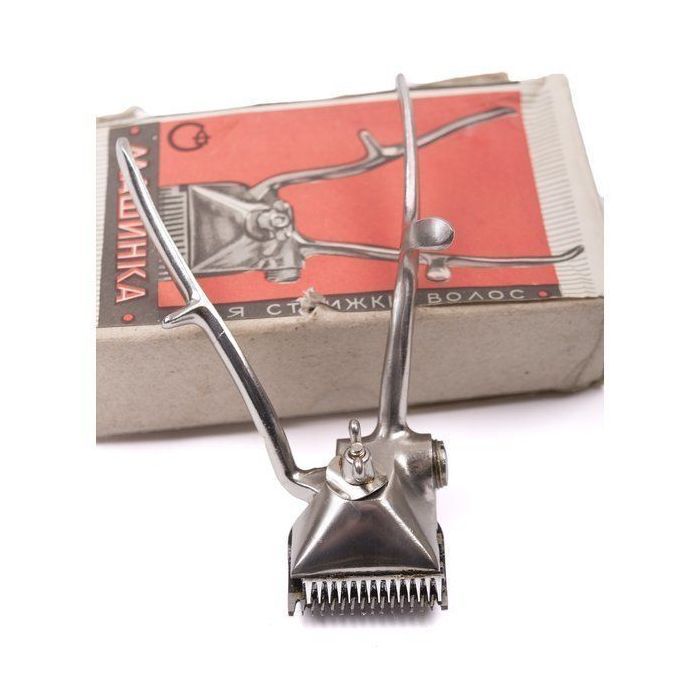 The USSR Army Hair Clippers are an authentic Soviet-era hand operated pair of hair clippers. Having been produced in the 1970s these hair clippers remain in their original factory boxes waiting to be used.

The USSR Army Hair Clippers are a relic from the former Soviet Union. These simple clippers are like most of what was designed in the Soviet era - a very functional yet free from frills tool. You need no special training or support equipment for these clippers to function they are ready to begin cutting hair as soon as you remove them from the box.

Overall Rating
Very cool but............
Review by lewis 3/4/18
Here is an authentic, very well made, blast from the past. I opened the unsealed box to find this out but probably would have left it sealed and unopened if SOMEONE ( Keep Shooting ??? ) HAD NOT HAD THE VERY STUPID IDEA TO STICK A VERY NEW USA BARCODE STICKER DIRECTLY ON THE BOX ! ( hence the 2 star value rating ) . Oh well, no big deal. It's still pretty cool .