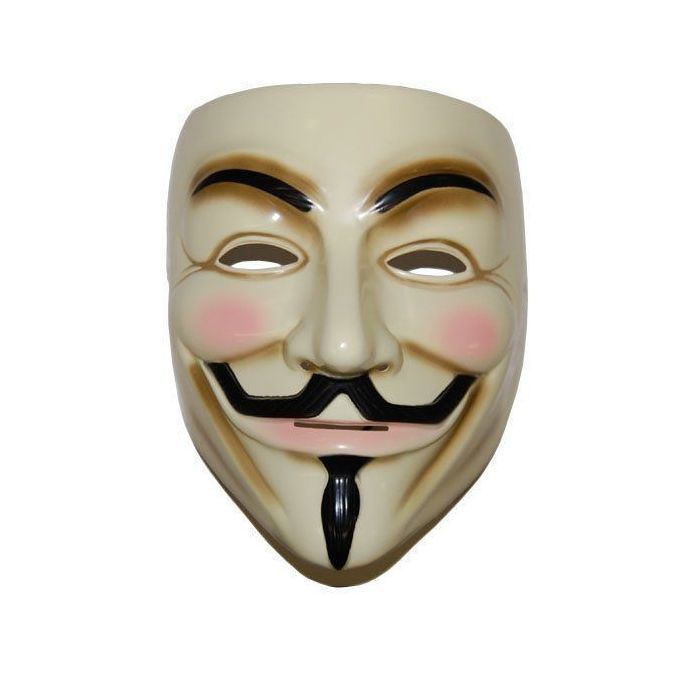 4.7 14 (14)
“Remember, remember, the fifth of November; Gunpowder, treason and plot.” Bonus points for those of you who can tell me why these words are important without reading the title or the text of this article. Do not look at the picture either! Well, it is probably too late for that. If you have not figured it out yet, our newest product is the “V for Vendetta” mask.

As noted, the story told by "V for Vendetta" was inspired by a real-life historical event. Guy, or Guido, Fawkes was an English Catholic born in 1570. He is most recognizable as a conspirator involved in the Gunpowder Plot of 1605, sometimes known as the Gunpowder Treason Plot, in which Fawkes, along with a group of fellow Catholics, sought to assassinate King James I by blowing up the House of Lords. Fawkes’ job was to safeguard the gunpowder hidden below the House of Lords. When was this scheduled to take place? November 5, 1605. Long story short, their plan failed. Today, Bonfire Night is observed on November 5 to commemorate the events.

"V for Vendetta" is set in a post-apocalyptic dystopian future in which England is ruled by a totalitarian regime that is all very reminiscent of George Orwell’s “1984.” Cue the arrival of “V”, the series’ terrorist/freedom-fighter protagonist who decides he’s had enough and takes it upon himself to force a change. At its heart, this is a story about the clashing of political ideologies, as the fascist Norsefire party feels the wrath of the anarchist V.

In the story, protagonist V dons the very same mask that is now available today. As noted, the "V for Vendetta" mask is designed to resemble Guy Fawkes. The mask is constructed almost entirely of plastic and measures approximately 8.5 inches by 7.5 inches and will conceal most faces. It is secured to the face via a Velcro® adjustable strap.

There is a reason why this mask is popping up at protests all over the world. It has become a symbol. It is a “vestige of the vox populi,” as V puts it. It represents the voice of the people. Not to mention the fact that it just plain looks cool. The "V for Vendetta" mask is sure to be a hit with both collectors and fans of the media that spawned it. 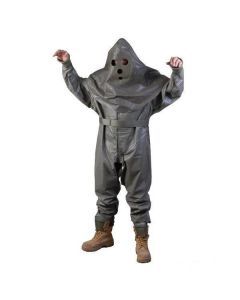 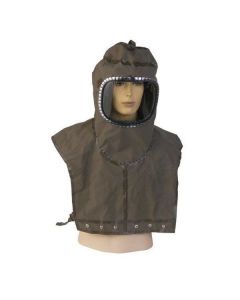 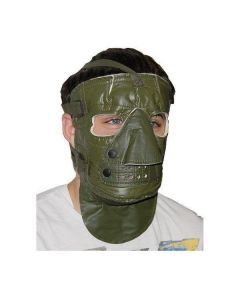 Unfortunately, the mask I received was bent on one side. Possibly due to the tight fitting plastic bag it was in. I called KeepShooting Customer Service and explained this. The Lady I talked to was very helpful and will be sending me a replacement.
Thanks KeepShooting...you offer unique products at great prices and treat your customers with respect....hard to find combo.

Can't weight to open that door on Halloween and scare the kiddies with the phrase "Penny for a Guy".