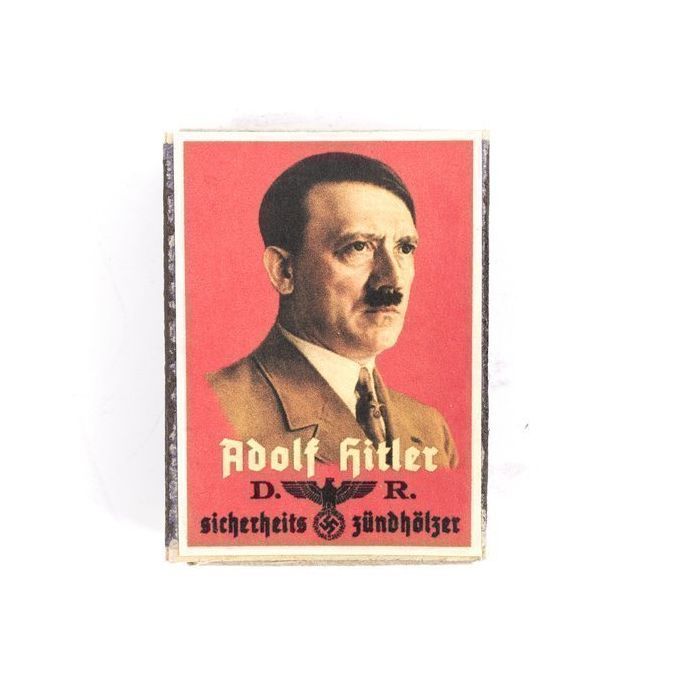 The Vintage German Adolf Hitler Matchbox is a vintage matchbox that is an excellent example of propaganda matchboxes. These matches were originally produced for distribution to German soldiers and civilians to boost morale. The front of this matchbox shows the official portrait of Adolf Hitler, which is set on a red background. In addition to the portrait, it says Adolf Hitler, has a German eagle with the word "Safety Matches" denoting the original contents of the matchbox.

We found these matchboxes in the Baltics and knew we wanted to import them. Due to regulations on shipping matches and wood products, we had all of the original matches removed to satisfy US Customs regulations.