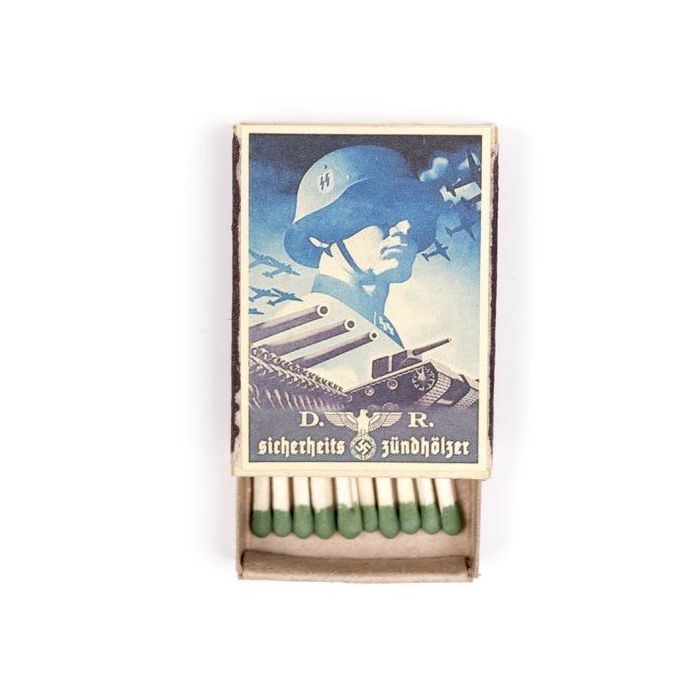 The Vintage German Blue SS Matchbox is a vintage propaganda matchbox from the German government. Produced during World War II to increase morale in the army and civilians all over Germany. With the cover of this matchbox showing a stoic German SS soldier flanked by Panzers and Aircraft you can imagine how seeing this helped lift the spirits of the German people even when the war was close to being lost.

The Vintage German Blue SS Matchbox is another example of the use of propaganda on commonly used items during World War II in Germany. Soldiers, civilians, and government forces would see this image symbolizing the SS and strength of the German Armed Forces. With each cigarette lit, the Germans would be reminded of the achievements of their mighty army.

Overall Rating
Love it
Review by Sophie 7/23/18
I ram really pleased with my item. Looks beautiful.