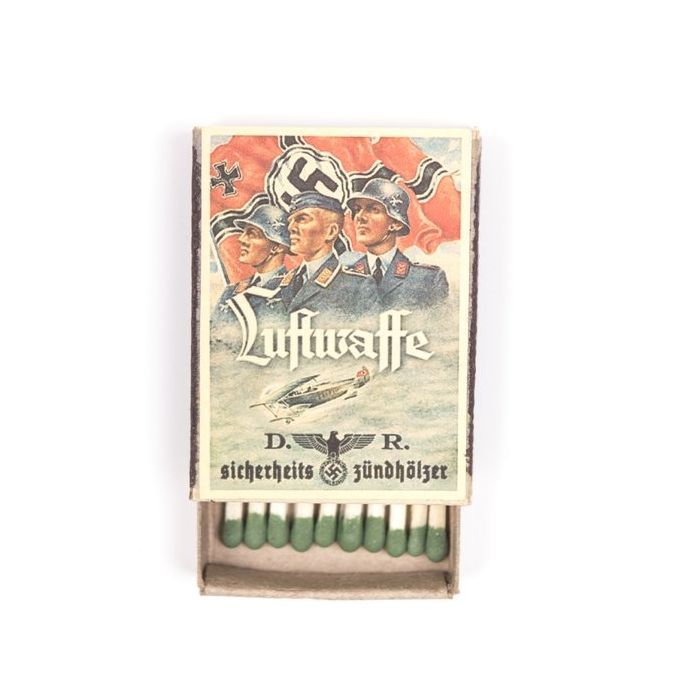 (0)
The Vintage German Luftwaffe Matchbox is a vintage propaganda matchbox from the German government that was produced to increase morale during World War II. With the cover of the matchbox showing three Luftwaffe airmen and a German flag flowing in the wind crowning a German airplane in the sky. You can imagine the pride this matchbox evoked when it was produced and issued to the German public and military forces.

The Vintage German Luftwaffe Matchbox is another example of the use of propaganda on commonly used items during World War II in Germany. Soldiers, civilians, and government forces would see this image symbolizing the mighty Luftwaffe which became a symbol of strength and pride for the German people during the war. With each cigarette lit, these Germans would be reminded of the achievements of their mighty air force.