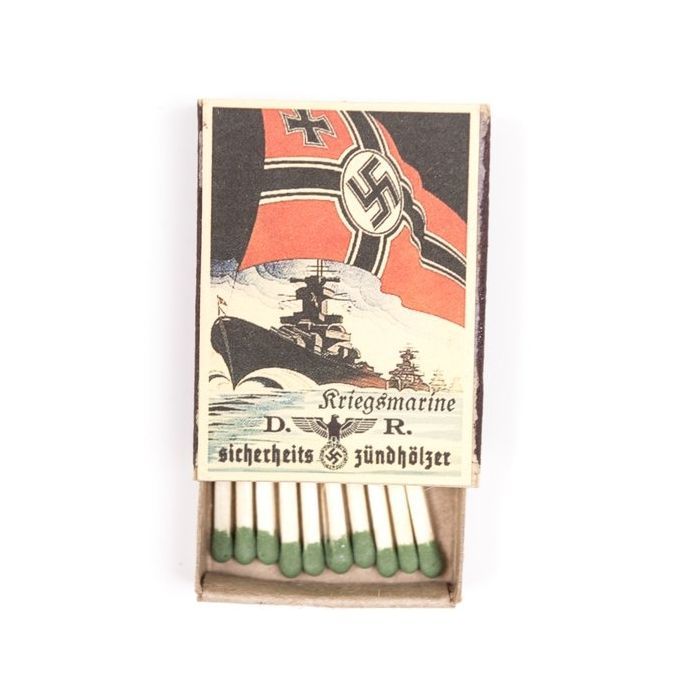 The Vintage Kriegsmarine Matchbox is an example of Axis propaganda during World War II. To increase the morale of soldiers and civilians in Germany the government placed patriotic scenes on common items like these safety matches that were widely used by the German public. Each time a soldier or civilian would have a cigarette, they would see this scene of the proud Kriegsmarine on the ocean fighting for Germany.