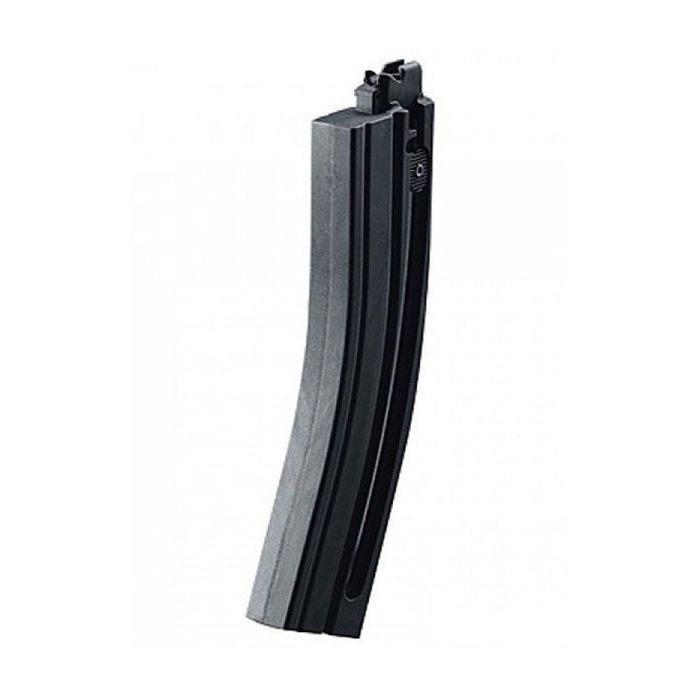 The Walther HK416 .22 LR magazine is an original factory-produced magazine designed for the Walther HK416 .22 LR platform. Designed to hold and feed a standard capacity of 30 rounds of .22 LR rimfire ammunition to your firearm, these exceptional magazines feature a durable construction with a matte black finish for protection against rust and corrosion.

Notify me when this product is in stock
SKU N577606

Manufactured by Walther Arms in Germany, imported by Umarex USA and exclusively licensed by Heckler & Koch, the Walther HK416 .22 LR platform is one of Umarex USA's many officially licensed tactical rimfire firearms, a line that kicked off in 3009 with Colt M4s and M16s made in Germany, like the HK416 .22 platforms, by Walther Arms. Today, the line encompasses a range of tactical rimfire firearms licensed by renowned arms manufacturers that include Colt, Heckler & Koch, Israel Weapon Industries and Regent Arms.