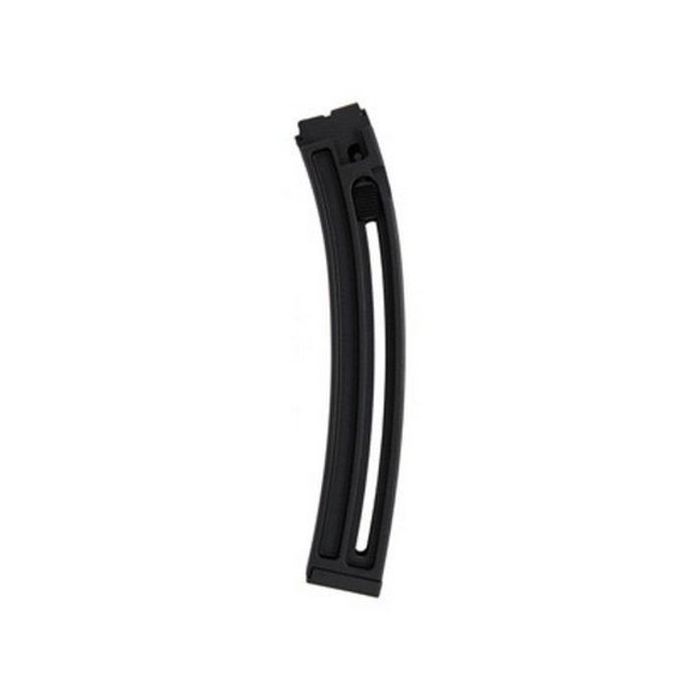 4.5 4 (4)
The Walther MP5 .22 LR magazine is an original factory-produced magazine designed for the Walther MP5 .22 LR platform. As such, you should expect nothing but a perfect fit and flawless function in your Walther MP5 .22 LR firearm. Designed to hold and feed a standard capacity of 25 rounds of .22 LR rimfire ammunition to your firearm, these exceptional magazines feature a durable construction with a matte black finish for protection against rust and corrosion. As expected, these magazines represent both the quality and the value that long-time customers have come to expect from Walther Arms.

Since its debut in 2006, Umarex USA has been a premium provider of sporting and replica air pistols and rifles. Their world-class products represent a big chunk of several niche communities that range from air guns and airsoft to paintball and tactical accessories. Recently, the company even branched out into tactical rimfire rifles and pistols. In fact, a new partnership with Walther Arms has led to the production of the new Walther MP5 .22 LR pistol and rifle platforms.

Manufactured by Walther Arms in Germany, imported by Umarex USA and exclusively licensed by Heckler & Koch, the Walther MP5 .22 LR platform is one of Umarex USA's many officially licensed tactical rimfire firearms, a line that kicked off in 2009 with Colt M4s and M16s made in Germany, like the MP5 .22 platforms, by Walther Arms. Today, the line encompasses a range of tactical rimfire firearms licensed by renowned arms manufacturers that include Colt, Heckler & Koch, Israel Weapon Industries and Regent Arms.

As noted, the Walther MP5 .22 LR magazine is a Walther Arms factory-produced magazine for the Walther MP5 .22 LR platform. The magazine is designed to hold and feed a standard capacity of 25 rounds of .22 LR rimfire ammunition. Its durable body features a matte black finish that protects it from rust and other corrosion. The magazine also features a load-assist button. As is expected, this magazine benefits from the performance and reliability that has become characteristic of all Walther Arms factory products and is guaranteed to fit and function in your Walther MP5 .22 LR firearm.

Generally speaking, it is beneficial to seek out original factory magazines like the Walther MP5 .22 LR magazine for your firearms. Original factory magazines are manufactured by the same company to the exact same specifications and tolerances as those that ship with the firearms for which they were designed. They are also made from the same materials, which ensures both fit and function in your firearm. 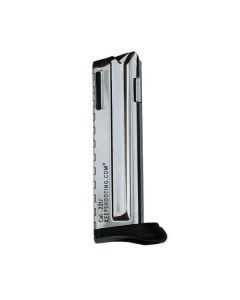 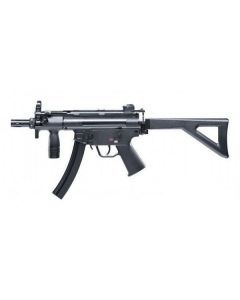