Menu
Account
Be the first to review this product
$6.95
In stock
SKU
XB121 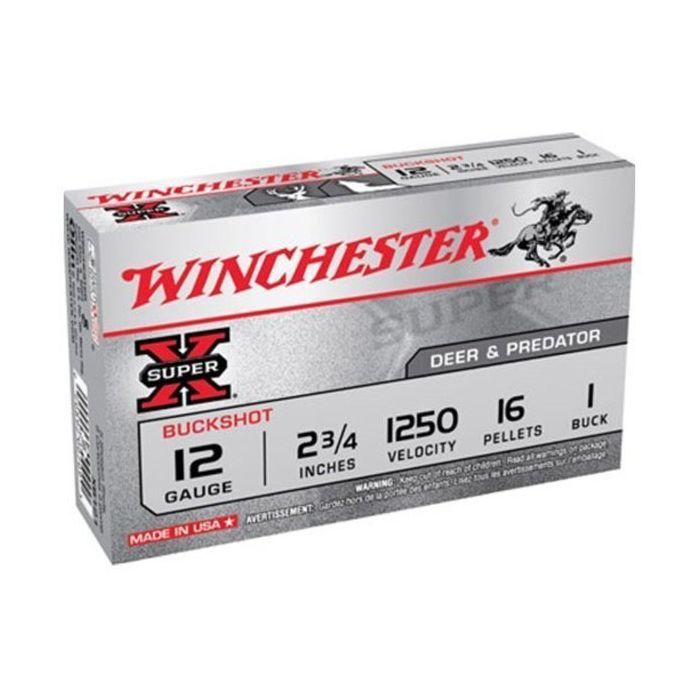 For many, Winchester means fine weaponry. For most, it means ammunition. As a major global supplier of high-quality ammunition, Winchester has long held a reputation for its second-to-none research and development practices as well as their aforementioned innovative spirit, which has yielded some of the world's most popular firearms cartridges. It is also responsible for their inventive lines of ammunition, including the unmatched "Super-X" line of buckshot.

As noted, Winchester XB121 Super-X buckshot is a product from Winchester's "Super-X" line. Marketed as a stalwart load intended for a range of applications, all Winchester Super-X buckshot features time-tested technologies that deliver on all fronts. This state-of-the-art load, like all Winchester ammunition, is manufactured in the United States by the Olin Corporation at the Winchester Centerfire Operations Facility in Oxford, Mississippi. Additionally, all ammunition lots are inspected for quality assurance purposes prior to packaging.

That said each box of Winchester XB121 Super-X buckshot, as noted, contains five premium shotshells. Each 12-gauge shotshell measures 2 3/4 inches in length and contains 16 pellets of number one buckshot, which is an ideal load for both deer hunting and personal and home defense. Additionally, this particular load is capable of producing muzzle velocities that have been observed to travel at speeds of up to 1,250 fps.

Reviews
Write Your Own Review
We found other products you might like!
More from Winchester
Copyright © 2002-present United Defense LLC. All rights reserved.