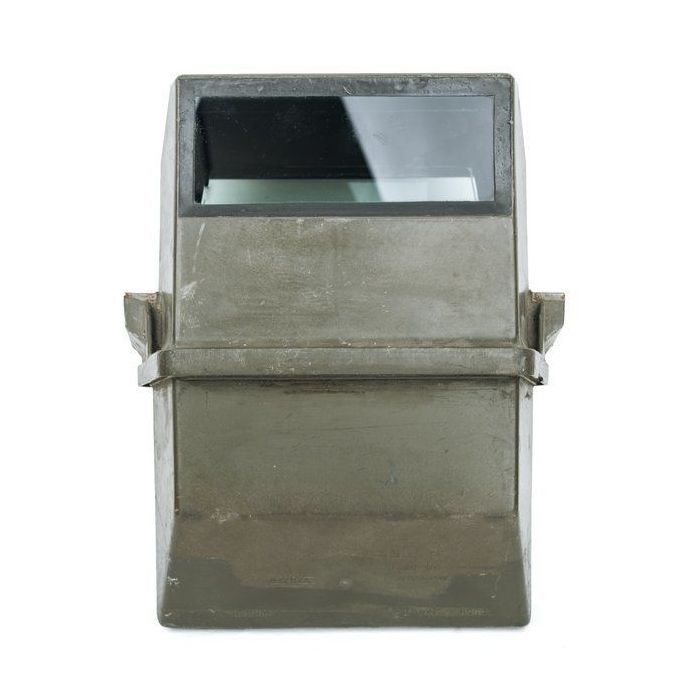 The WISP 11 Tank Periscope is an authentic periscope from the German Army Leopard 2 Tank. This advanced periscope would be used by the driver of the tank to navigate while the tank is being driven. The full field of view that is provided by this periscope ensures that the driver can see any obstacles while also being protected inside the drivers compartment of the Leopard 2.

The WISP 11 Tank Periscope is a full featured, modern, and technologically advanced tank periscope produced in Germany by GuS Periscopes Gmbh for use in the Leopard 2 tank. As you could expect, this periscope has features that would be essential for the Leopard 2 which includes being constructed from bullet proof glass as well as having a laser filter applied to further protect the Leopard 2 driver.

This genuine piece of equipment from the Leopard 2 Tank is an interesting collectible for anyone interested in military vehicles. The Leopard 2 is still in service as the main battle tank of the German Army and is in use by 17 other nations. Now you can own a part of this powerful tank system that is functional and a great collectible to show how advanced the Leopard 2 weapons system is.

Quality
Price
Value
Got Tank ?
Review by Casey 10/18/16
Great huge prisms and heavy duty over built case. I have WWII prisms from that period's tanks and these are 2x bigger and with the laser polarizer or coating far more advance. German made. Damn, all i need is a tank...