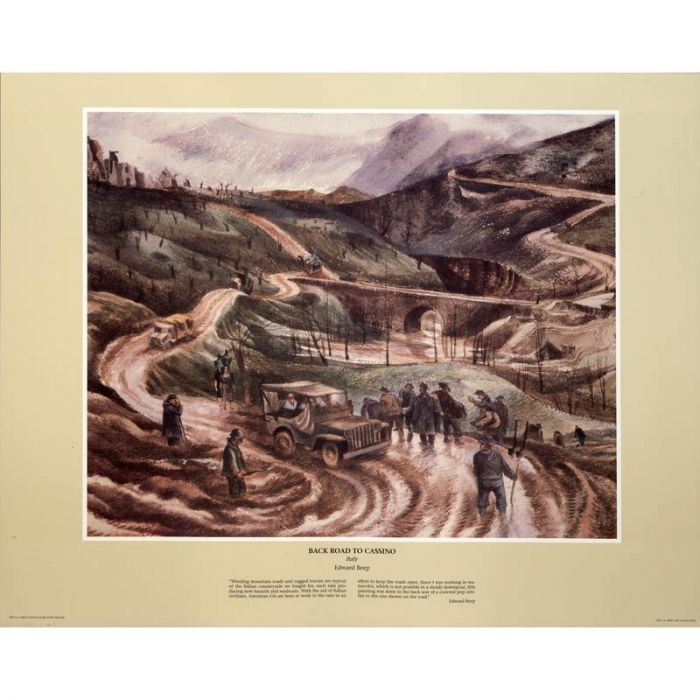 By 1944 the Allies were in control of the situation in all theaters of war. Active offensive compaigns were under way which would eventualyl lead to complete success against both Germany and Japan. These reproductions from the Army Art Collection portray some of the wide variety of the Army's activities during the middle years of World War II as the Allied Powers began to turn the tide of aggression around the world.

This print set was designed and produced by the U.S. Army Center of Military History to commemorate the fiftieth anniversary of World War II. The pictures and words are in remembrance of the sacrifices and accomplishments of all the men and women who served in World War II.

Each of the prints includes the name of the work, the general location it depicts, and the name of the artist. The extended caption on each print provides background information on the subject matter illustrated. The artists whose work is represented here actually witnessed the scenes they portrayed, and in some cases the words in the caption are those of the creator of the artwork. In others the caption simply helps put the scene in context.