Sky Lantern – Great for Decoration or an Alternative to Signal Flares 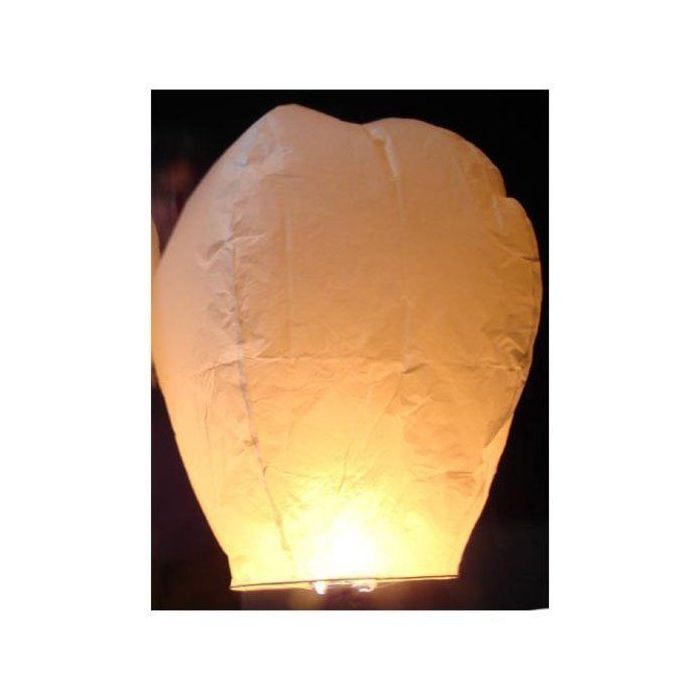 4.25 8 (8)
Look! Up in the sky! It’s a bird…it’s a plane…it’s Superman! That is a phrase you probably have not heard in a while. First heard in the 1950s television series “Adventures of Superman,” the phrase has sort of fizzled out over the years. It was always quite popular when I was young. But, it was also a phrase that I could never quite wrap my head around. I always thought it was sort of moronic, even as a child. It had nothing to do with my contempt of Superman, which has since subsided as I have discovered some Superman comic books worth reading. No, it was more in line with my inability to understand how someone could possibly mistake a man for a bird or a plane – two objects that are clearly disproportional in size to the one called Superman.

Traditionally, sky lanterns are found in Asian cultures, where they are used as decorations during significant festivals and ceremonies. We, however, immediately saw them as perfect for use as a signaling device. Unfortunately, we were beaten to the punch by over 800 years.

Sky lanterns are often thought of as the first hot air balloons. Sometimes they are referred to as Kongming lanterns due to their apparent invention by Zhuge Liang, a Chinese military strategist and chancellor of the state in the Shu Han dynasty during the 3rd century. The name is thought to come from Liang’s Chinese style name, Kongming. He was known to use the lanterns as a military signaling device during warfare. Still, others speculate that sky lanterns were named after Liang not because he invented them, but due to their uncanny resemblance to a headdress that he was known to wear. Regardless of where they came from or how they obtained their name, sky lanterns are still around today and they work flawlessly.

As noted, sky lanterns are paper lanterns intended for flight. They are traditionally constructed from rice paper and include a bamboo frame. They always have some sort of fuel cell, typically a wax candle, that when lit fills the lantern with hot air. This causes a drop in density and allows the lantern to take flight. Once the candle burns out, the lantern returns to the ground. This has often been the cause for a number of safety and environmental concerns.

Because the lantern uses an open flame, many people fear for the damage they could cause by falling to the ground and coming in contact with a flammable surface. Typically, a sky lantern will not return to the ground until the candle has burned out and there is no longer a supply of hot air, which should serve to put some worries at ease. Additionally, some sky lanterns are not biodegradable and contain a wire frame that can be harmful to wildlife. Our sky lanterns are constructed from rice paper and bamboo and are marketed as being 100 percent biodegradable.

Anyway, enough about the history and causes for concern, it is time to get into the greatness that is the sky lantern. Our sky lanterns measure approximately 15 inches by 22.8 inches by 40.6 inches when inflated and weigh a meager 2.7 ounces. They are also available in nine different colors: red, orange, yellow, green, blue, purple, pink, neon pink and white. You will also be pleased to hear that these sky lanterns have been pre-treated and are fully flame retardant. We tested them so that you do not have to. By exposing the paper to an open flame, we have seen first-hand their unwillingness to ignite. This means that they are much safer for you to use than several other brands.

Using the sky lantern is quite simple and is best done by two people. To begin, hold the bamboo frame and swing the lantern so as to fill it with air. Once it is partially inflated, the lantern should be held upright while the fuel cell is ignited by a second person. You should allow the air to heat up inside the lantern for approximately 90 seconds while holding the bamboo frame. When ready for flight, the lantern will begin to tug and the paper will be hot to the touch.

The sky lantern can be used for just about anything. As noted, it is often used in Asian cultures during festivals and ceremonies. Keep the tradition alive and use them to decorate your next outdoor party. Or, you can go all the way back to the Shu Han dynasty and use the sky lantern as a signaling device. Flares and flare guns are pretty popular, but sky lanterns can get the job done at a fraction of the cost. Next time you go camping, bring some sky lanterns to signal people in your party that may be in another location. The best part is that they are great for both daytime and nighttime use. Consider the sky lantern for any of the following:

Note: Sky lanterns are not a toy and safe handling is always the responsibility of the user. They should not be handled by children and should always be used under strict safety precautions. Remember, when dealing with an open flame there is always a potential fire hazard. Safety equipment, including but not limited to water, fire extinguishers, gloves and fireproof clothing should be close at hand in case of an emergency. Sky lanterns should never be used during windy conditions and flight paths should always be checked for trees, power lines and other hazards prior to launch. Never use sky lanterns in close proximity to airports or other areas in which they may be misinterpreted as a distress signal. As always, this product is used at your own risk. Keepshooting.com will not be held liable for any damage caused by misuse of this product. 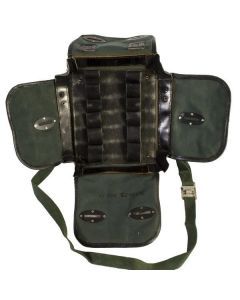 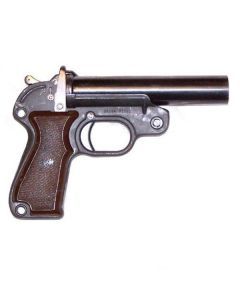 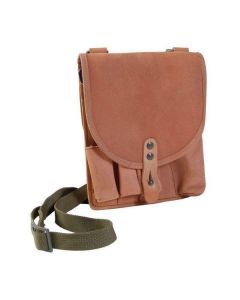 Overall Rating
Very cool
Review by SwampFox 1/3/17
Verified Buyer
Lit one of these the other night on NY eve. Was very easy to do with the help of another person holding it. Kids loved it.
Overall Rating
Quiet fireworks!
Review by Jack 5/23/16
Verified Buyer
One time use enjoyment for five clams.
They ship flat in old looking but new condition 15"x 15"
Flame retardant and guaranteed to fly,is stated on the package.
I'm actually surprised they are legal. I would seek launching with wind in the right direction and over water for your initial launch. This will give you a good idea of what to expect.
"only you can prevent forest fires" SMOKEY
Overall Rating
Great Fun!
Review by James 8/27/15
Verified Buyer
These Lanterns are great fun to use! I Highly recommend these who have kids or are a kid at heart. They go way up in the sky and the KS price is good. Although I am no expert I do not know of any instance where these have caused any fires even with the drier weather in the western states. If that causes any concern we can wait for wetter/colder conditions. Thank you KS for offering these, my only complaint is the lack of colors choices available.
Overall Rating
works good but the price is somewhat high
Review by Marcel 4/20/13
Verified Buyer
Goes up and flies off. Must of gone over a mile in the air and at least 600 feet high.
Overall Rating
great find
Review by BK 6/11/12
Verified Buyer
Never heard of them before so I said what the heck I'll try a few so I put in the field 5 for amount they when it came time to finalize my order I chickened out and just got 3 figuring I would save myself 6 bucks if the product didn't work as they were saying it would. WELL I should have ordered 20 and will get a more. They are too cool. Don't be a wuss. It's a great fun product and I'll bet you no one will have one or a few at their party. Great find.
Overall Rating
Fun to use, but exercise caution!
Review by Jerry 4/29/12
Verified Buyer
These have been popular in the East for many years, and have only recently become available in the US. Be warned, however, that although the paper balloon is intended to be treated to be flame-resistant, many from other suppliers (not KS) were found to be quite inflammable. NEVER USE these in windy conditions, as downdrafts can force the balloon to the ground or into a tree, rooftop, or wooded area and start a fire. (Safest place to launch is over a lake or other body of water.) Also, be sure to check local laws about legality of use.
Overall Rating
Finally someone that stocks these lanterns!
Review by AvidShooter 4/21/12
Verified Buyer
These lanterns are really neat and the color selection is awesome. I used one of the white lanterns and it was pretty straightforward once you get it assembled. I plan on getting some more in different colors in the near future.
Overall Rating
Good product, Great service!
Review by Gerald 3/21/12
Verified Buyer
I have been looking for these and was surprised to find them at KS while stocking up on shooting supplies. I have not tried one yet but waiting for a family event with the grandkids. The fuel packet is included. ~~~~~~~ I wish I had these when I was a kid. Back then, I tried everything else to get fire in the sky! KS is on my top ten list of shooting suppliers and they can also supply a few surprise items!