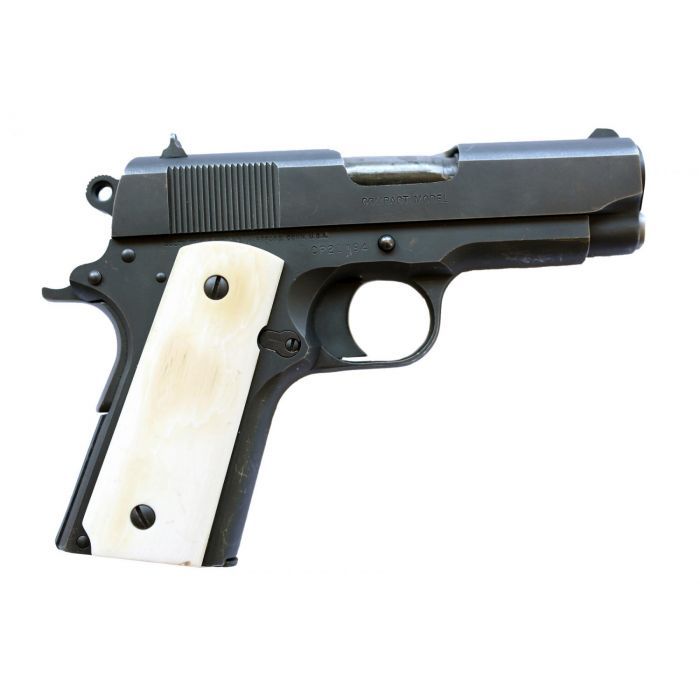 (0)
One of the most influential movies ever made was Michael Mann's masterpiece "Heat" which featured this pistol as the gun carried by Al Pacino who played Lt. Vincent Hanna.  Lt. Vincent Hana was an LAPD robbery/homicide detective who was tasked with tracking down and stopping the take down crew ran by Neil McCauley who was played by Robert DeNiro.

This Colt 1991A1 like all of the other firearms from the movie "HEAT" came from Stembridge Gun Rentals, which was formed in the early days of Hollywood back in the 1920s by James Stembridge and Cecil B. Demille to supply guns to the movie industry. With the growing use of CGI there began a decline in rentals of live firearms, which lead to the auction of the entire Stembridge Arsenal including this Colt 1991A1 pistol.

There is a significant amount of documentation included with this pistol that was collected to document its provenance and use in "HEAT" which includes the following:

This iconic firearm has traces of studio fake blood on the grip, which likely came from the scene where Hanna (Pacino) finds his step daughter played by Natalie Portman after her attempted suicide. In this scene Hanna (Pacino) picks up his step daughter when she is covered in blood and this pistol is clearly visible and is likely the source of the blood. The other scene where fake blood was used would be after the films climax where once fatally shooting DeNiro's character Al Pacino holds his hand out to grab DeNiro before the scene fades out. 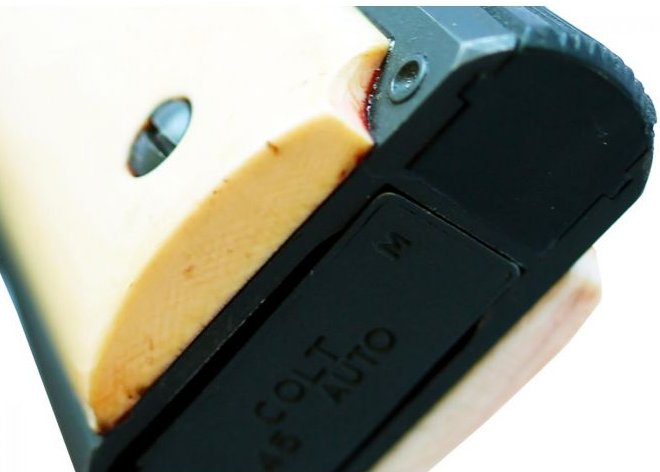