The SIG Sauer P6 Pistol is one of the most widely used police pistols in Germany. Originally designed for the Swiss Army who wanted a new pistol that provided excellent reliability with a low manufacturing cost, it proved to be one of the most successful SIG pistols ever designed. The SIG Sauer P6 is a specialized variant of the P225 that was produced specifically to conform to the mid-1970s West German police requirements for their new standard pistol. 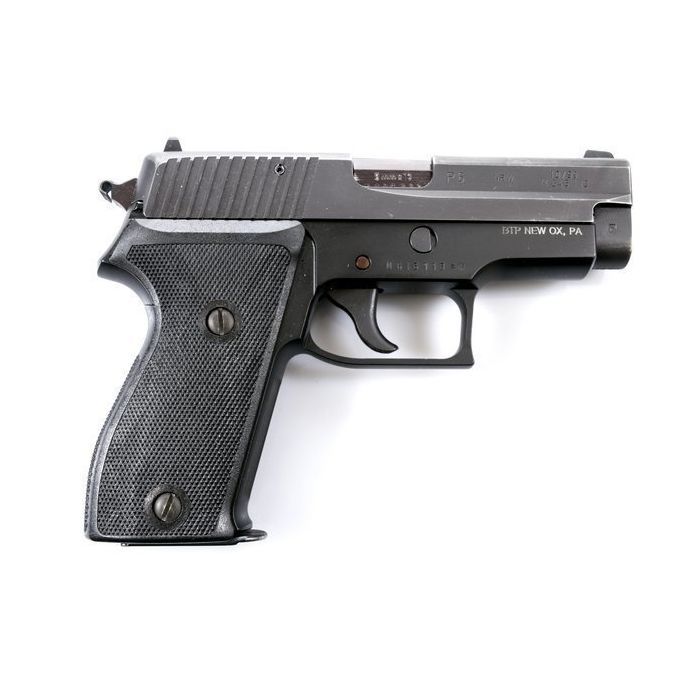 The SIG Sauer P6 is a specialized version of the SIG Sauer P225 that was manufactured to address the requirements of the West German police in the 1970s. Having released a tender for purchase of a new standard service pistol, SIG Sauer, H&K, and Walther all submitted designs that were approved for general purchase by each state in West Germany.

Once each state in West Germany began to test the submitted pistols, the SIG Sauer P6 was the clear winner for overall performance and value. Officers found the P6 to be 100% reliable, extremely accurate, and the size of the P6 made it easy to carry both concealed or on a duty belt. With the low cost of manufacturing due to the innovative design of the P6, it allowed the West German states to extend their budgets further as well as provide a better service pistol for each officer. During the service life of the P6 which lasted from the early 1970s till early 2000s the P6 developed a reputation among law enforcement officers as being one of the best service pistols ever designed and mass production ran every year.

The German police began to offer surplus sales of the P6 in the early 2000s. American shooters and collectors jumped at the chance to purchase these extremely nice SIG Sauer pistols based on their reputation alone. These early purchasers of surplus P6 pistols quickly saw why the P6 was so popular, with the reliability and accuracy of the P6 rivaling any modern pistol. Those who were unable to acquire a surplus P6 when they were first imported have saw few opportunities to acquire one of these excellent police pistols. Now we are able to offer a small number of these excellent pistols that we were able to source in Germany and they are some of the nicest P6 pistols we have ever had.

Most of the P6 pistols we have feature the extremely rare "Made in Germany" marked slide, indicating that they were produced after reunification of East and West Germany was complete. The P6 pistols marked Made in Germany are in their original factory boxes which are marked P225. Each pistol inside however has all of the expected P6 markings to include "P6" on the slide, the month and year of manufacture, and the proof markings from the German authorities. Included with each P6 are two original SIG Sauer P6 marked 8-round magazines.

Reviews 4
Write Your Own Review
We found other products you might like!
Copyright © 2002-present United Defense LLC. All rights reserved.