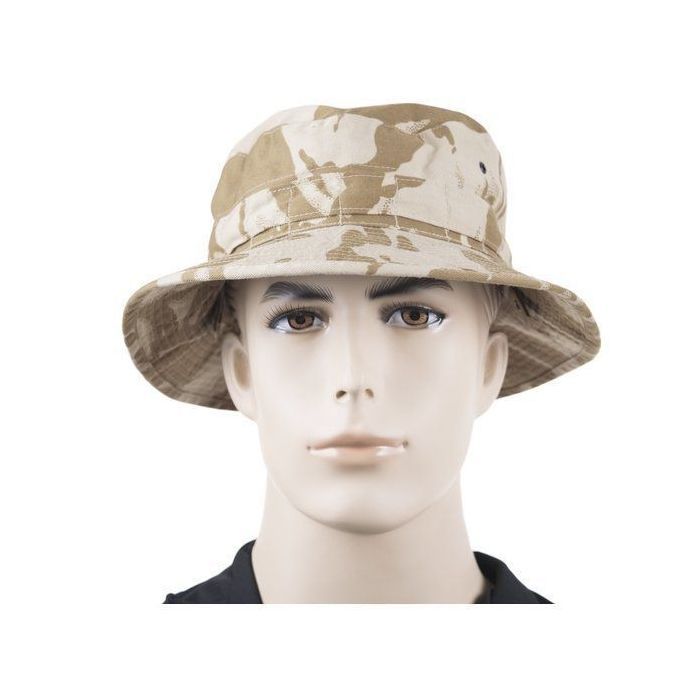 5 2 (2)
The British Army Desert DPM Boonie Hat is a military surplus boonie hat from the British Army. These particular boonie hats were used by British soldiers in both Iraq and Afghanistan. All of these Boonie Hats will show some signs of use and may vary slightly from the pictured model.

The Boonie Hat was first introduced by the US Army during the Vietnam War. Since the introduction of the first Boonie Hats virtually every military force has issued their own version of the Boonie Hat to their soldiers.

The British Army made extensive use of Boonie Hats during their operational efforts in the Iraq and Afghanistan wars. There were multiple variations of the British Army Boonie Hat issued. Our import of these hats has a mix of every type.

All of the Boonie Hats are Desert DPM pattern camouflage hats that have the traditional ventilation eyelets on each side of the boonie hat. Some have the chin strap as pictured while others do not. There are a small number of them that also come with velcro attached neck guards that would be one of the experimental versions of the boonie hat. 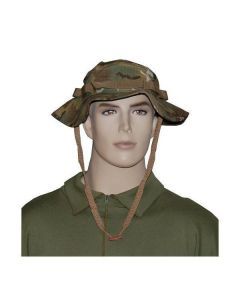 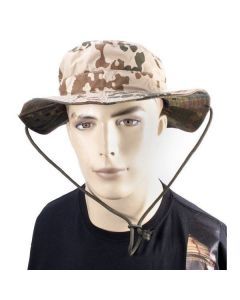 Overall Rating
Good quality!
Review by charles 12/20/15
Verified Buyer
I ordered 2 to get the best fit (recommend going up a size from usual fit).Both had tabs with grommets for a chin cord but no cord, one had small ventilation grommets and the other had larger, mesh type grommets.
Overall Rating
brand new condition
Review by don 6/15/15
Verified Buyer
I asked for one with the neck protector. I already own several boonie hats but none had a neck sun protector, and i am fair skinned.
I took the black shock cord draw string off and rethread some OD 550 Cord through the draw string tightener and fastened it back onto the hat. The black stood out too much and the shock cord was about 8 inches to short for my opinion.