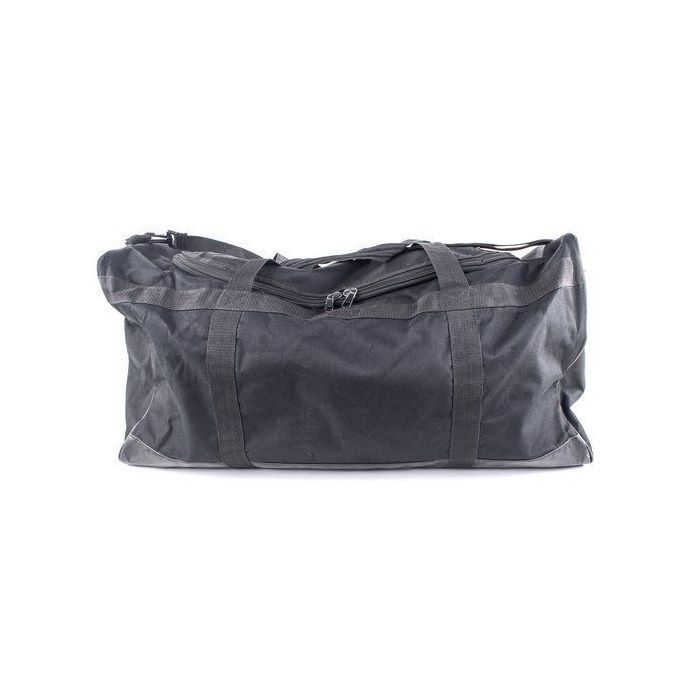 The British Police Black Hold All is an all-black tactical go-bag that is used extensively by police officers in the United Kingdom. Law enforcement officers in the UK will keep tactical response gear in this bag so that they can "grab-and-go" when the need arises to respond to civil disturbances.

The British Police Black Hold All Bag is a great all-purpose duty bag that has been used by law enforcement officers in the United Kingdom. Commonly issued to police officers who have roles that would include responding to civil disruptions like rioting, this duffle bag would hold all of the essential equipment an officer would need to effectively deal with non-routine criminal actions. This would include everything from riots, looting, and mass gatherings where the threat of violence increases with the size of the crowd.

The uses for a tactical bag like this are not limited to law enforcement applications. Everyone has the need for a quality bag that is built to withstand the rigors of daily use and can carry a sizable load of equipment without failure of the bag. This is no cheap Chinese made bag that looks great yet does not deliver results when you actually start to use it. The British Home Office spent a considerable amount of time, effort, and money to ensure that once the standard was set for a national police bag that the end result would be the very best hold all bag that could be produced.