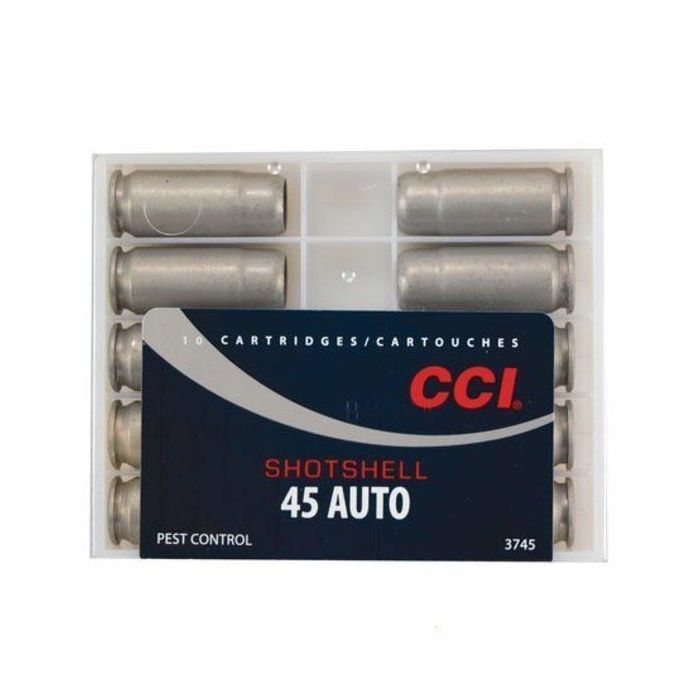 (0)
Each box of CCI .45 ACP shotshells is a product from Cascade Cartridge Inc. Developed as a pest control centerfire shotshell that is ideal for taking care of pests at close range, CCI .45 ACP shotshells are designed for high muzzle velocities alongside tight, even patterns. Each box contains 10 centerfire shotshells, each of which contains 120 gr of number nine shot. These non-corrosive, non-reloadable shotshells are perfect for use with semi-automatic pistols, but are not intended for use in revolvers.

That said each box of CCI .45 ACP shotshells, as noted, contains 10 non-corrosive, non-reloadable centerfire shotshells. Each shotshell contains 120 gr of number nine shot, which provides an excellent option for taking care of pests at close range while also providing respectable muzzle velocities. In fact, this particular load is capable of producing muzzle velocities that have been observed to travel at speeds of up to 1,100 fps. All CCI ammunition is manufactured using premium raw materials and newly manufactured cases in the United States at their main manufacturing facility in Lewiston, Idaho. 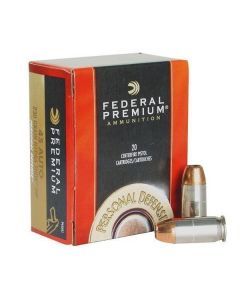