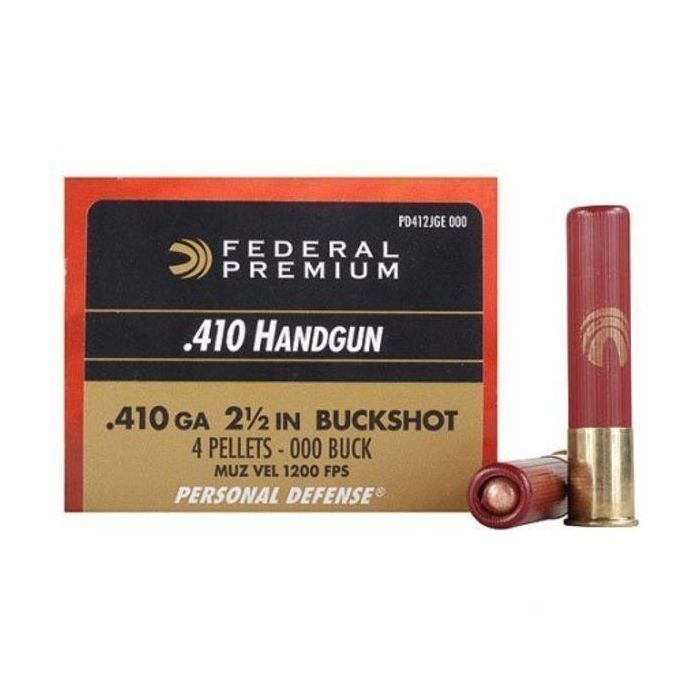 4 1 (1)
Each box of Federal Premium .410 handgun shotshells is a product from the Federal Cartridge Company. Developed as a top-tier load marked by its accuracy, reliability and ballistics by employing premium raw materials and loading practices, these premium shotshells are ideal for personal defense. Each box contains 20 shotshells, each of which measures 2 1/2 inches in length and contains four pellets of triple-aught (000) buckshot. Though optimized for the Taurus Judge platform, these premium shotshells will function reliably in any handgun chambered for the .410 shotshell.

That said each box of Federal Premium .410 handgun shotshells, as noted, contains 20 premium shotshells. Each .410-bore shotshell is optimized for the Taurus Judge platform, measuring 2 1/2 inches in length and containing four pellets of triple-aught (000) buckshot – an ideal load for personal defense. Additionally, this particular load is capable of producing muzzle velocities that have been observed to travel at speeds of up to 1,200 fps. 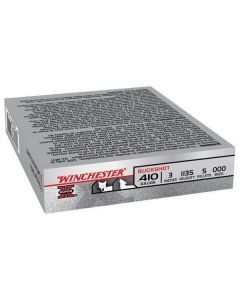 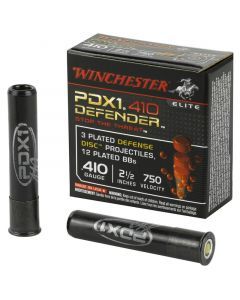 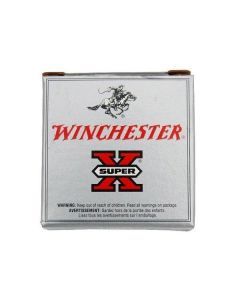 Overall Rating
Good enough for my Public Defender
Review by Dax 7/1/13
Verified Buyer
This is one of the two .410 shells that actually fit well into my Poly Public Defender, the other is PDX-1. All the others scrub when the cylinder rotates. As with most .410 ammo, these shells are a little on the expensive side, but they do the job.
From 15-20ft, these produce a nice almost straight up and down group of 4 holes, spanning about 4-6 inches, very fun to shoot