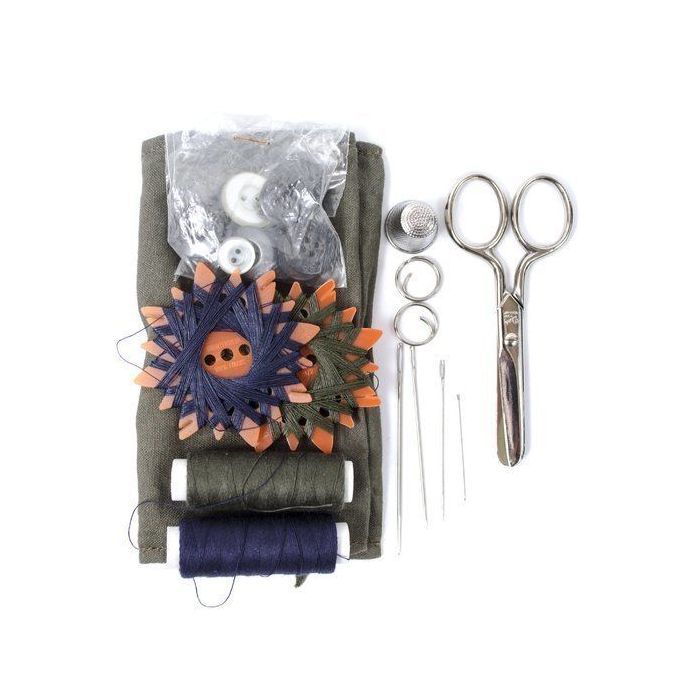 The German Army Sewing Kit is a sewing kit that has served time in the German armed forces since the 1960s. With the size of the German Army over this long service life, there have been tens of millions of these sewing kits produced and distributed.

With the contents of this sewing kit, soldiers could make small repairs to their issued uniforms while at base or in the field. Included with each kit are useful sewing accessories to perform repairs, such as similar colored threads, needles, and a pair of small scissors. 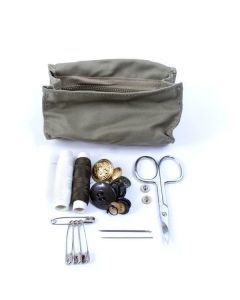 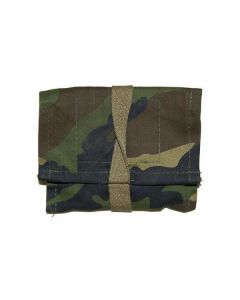 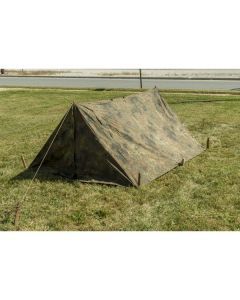 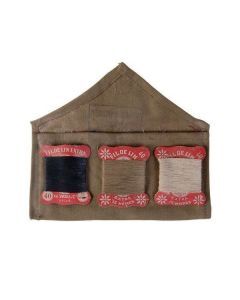 The scissors are incredibly heavy duty and beautifully made as with most things German. The rounded tips serve multiple functions and are ideal for packing. They will not be poking through the canvas or any other parts of your bag for that point.

The needles are also incredible quality. This is the highest quality sewing kit I've ever come across, and I've picked up quite a few simply because I find them very useful in the field. For this price, I think I will buy a couple more. I like waxing my canvas bags to serve multiple purposes.

This is one of the coolest little purchases on the site, not to be overlooked. I could not be happier, and my standards are exacting.
Overall Rating
The round scissors alone are worth it...
Review by Michael 6/27/15
Just ordered another one of these kits from KS. I've had one for almost a year now and have used it in the field many times. The rounded scissors are ingenious (all the other surplus sewing kits come with sharp ones that eventually poke through).

You would also be surprised how many times that weird little rounded needle punch comes in handy. If you have ever tried field repairing canvas or any thicker materials, it saves your fingers big time. All you do is push the butt of the needle through with it (dimpled so it catches) which is so hard to do with just your hands and no thimble. (Thimbles don't fit my fingers anyway).

I waxed my canvas case for extra style points and waterproofing. But at this price for what is included, even if it's missing a little thread.. The canvas pouch, scissors, and thimble needle punch thing are well worth the admission price. Frankly just the canvas pouch is for me. Long story short, very useful piece of kit on a variety of levels.