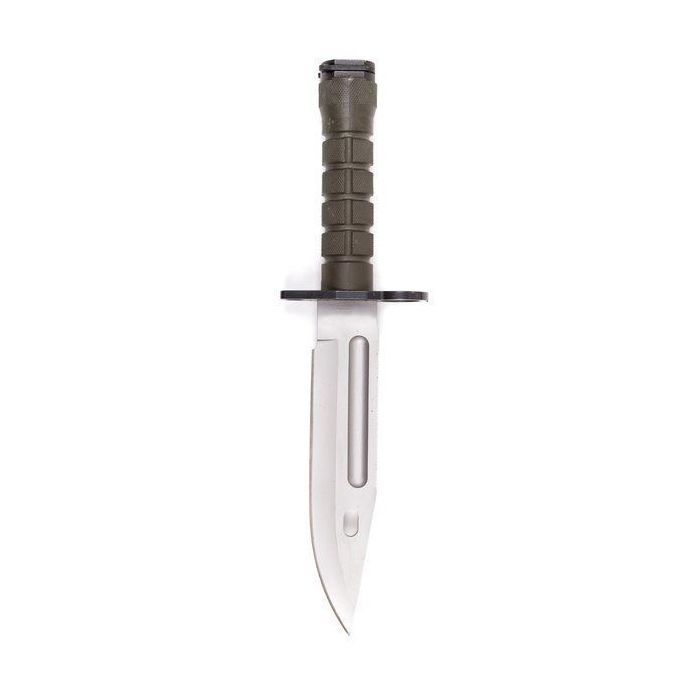 The Military Surplus Phrobis M9 Bayonet is an authentic US military surplus bayonet. With the M9 Bayonet entering into service in 1986 this combat bayonet has seen service in every modern military exercise including the wars in Afghanistan and Iraq. Designed to fit onto the M4 rifle, this bayonet will attach to any rifle or shotgun that is designed to accept a US military bayonet.

Notify me when this product is in stock
SKU USGI-P3M9

The Military Surplus Phrobis M9 Bayonet is an authentic and genuine US military surplus bayonet. These bayonets were used by soldiers in the Army and Marine Corps where they were issued along with soldiers service weapons. Soldiers who were issued the M9 bayonet were given a high performance and combat capable bayonet that could double as a fighting knife. This style of bayonet was a significant improvement over the previously issued M7 bayonet which did not have the capabilities found on the M9 that makes the M9 suitable as a fighting knife.

We have sorted these authentic US Military surplus bayonets into two grades. Bayonets that are graded as "select" are premium bayonets that we have inspected to ensure the blades are free from defect and there are no signs of personalization on the blade or handle. Select grade bayonets are superior condition wise and benefit from also being authentic military surplus bayonets. Bayonets graded as Issued are bayonets that show more signs of use by soldiers than the Select grade bayonets. No matter which grade you purchase, you'll be proud to own this authentic US military M9 bayonet.