The Mossberg 500 Cruiser is a .410-bore, pump-action shotgun with an 18.5-inch barrel and a comfortable pistol grip. With a proven Mil-Spec performance and a 6-shot capacity, the 500 Cruiser is exactly what you want when hitting clay pigeons with your 12-gauge becomes just a bit too easy. 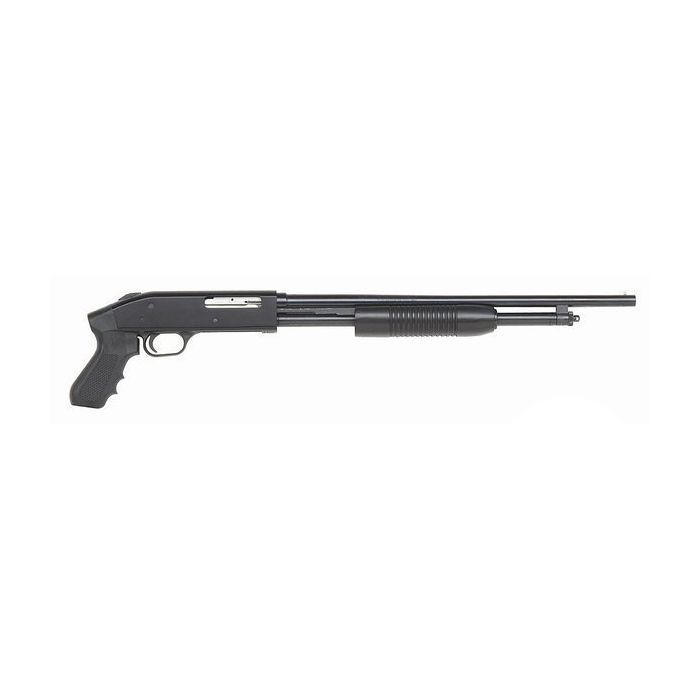 We here at Keepshooting.com believe in the Mossberg brand. As such we have chosen to become an official Mossberg stocking dealer, which means a couple of different things. It means we have committed to stocking approximately 30 of Mossberg’s finest rifles and shotguns. Not only that, but we will have exclusive opportunities to check out new products as they are released. Finally, our commitment means that we will be getting these firearms at excellent prices and will, as always, pass those savings on to you. Many of those firearms are currently on sale in our web store – the Mossberg 500 Cruiser .410-bore shotgun is just the next in a long line of fine products.

The Mossberg 500 Cruiser shotgun is a .410-bore, pump-action shotgun that features a compact 18.5-inch barrel and an overall length of 29.5 inches. One of the defining features of the 500 Cruiser is the fact that this model is a .410-bore shotgun rather than a 12-gauge shotgun, making it easily handled and better suited for competitive shooting and small-game hunting. Also lending to its easy handling is the meager weight of just 5.5 pounds. Chambered for both 2.75- and 3-inch shotshells, the magazine tube has a 6-shot capacity. Other features include a gold bead front sight and a nylon hand strap on the forend. Other features include an ambidextrous thumb safety, pistol grip and gold bead front sight.

Well, we are almost at the end. You did not think I could talk shotguns without talking home defense and personal protection did you? You can use a .410-bore shotgun for those purposes with the right shotshells (Winchester PDX1 .410-bore shotshells, anyone?). But no matter how you choose to use the Mossberg 500 Cruiser .410-bore shotgun, you are probably going to love it. Consider this shotgun for:

Reviews 2
Write Your Own Review
Only registered users can write reviews. Please Sign in or create an account
Product Questions
Customer Questions
No Questions
We found other products you might like!
Copyright © 2002-present United Defense LLC. All rights reserved.