O.F. Mossberg & Sons is an amazing company that produces an amazing product, and I have absolute nothing bad to say about them. But I just cannot figure out why they insist on referring to some of the shotguns in their 500 Series as the "Persuader." Last time I was tasked with having someone see things my way, I resorted to discussion and debate, not a 12-gauge shotgun. Oh well, what is done is done. At least the Mossberg 500 Persuader is one solid piece of machinery.

The Mossberg 500 Persuader is a 12-gauge, pump-action shotgun with an 18 1/2 inch barrel and a full-length synthetic stock. Its three-inch chamber permits the use of a wide range of ammunition, while its standard magazine tube provides a generous six-shot capacity. For some, these are selling points in their own right, but the real draw – aside from its proven military performance – is the inclusion of several practical features, including its bead front sight and a pistol grip kit for quick and easy conversions. Perfect for a range of shooting applications from hunting to home defense, the Mossberg 500 Persuader is sure to find its way into the field more often than not.

The Mossberg 500 Persuader is now available from Keepshooting.com. Pick one up today for just $360.58. 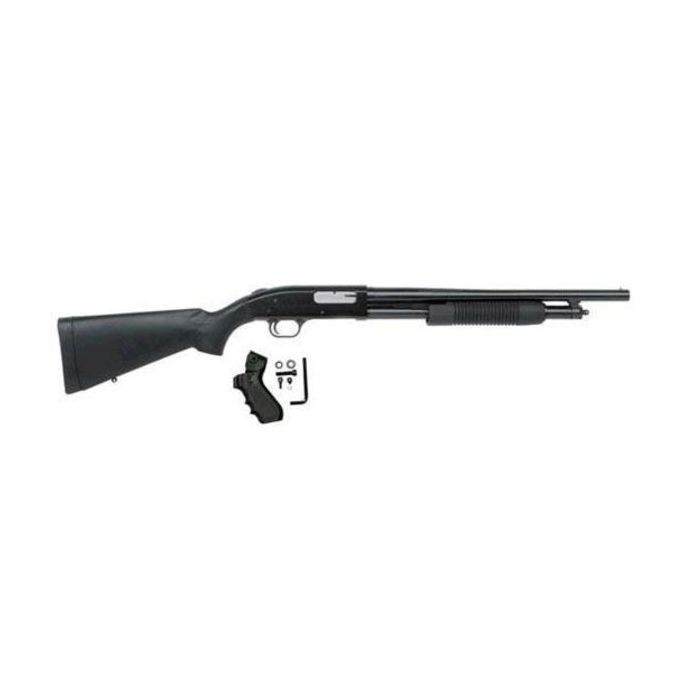 O.F. Mossberg & Sons, more commonly known as Mossberg, is an American arms manufacturer that was founded in 1919 by Swedish-born Oscar Frederick Mossberg alongside his two sons. Mossberg came to the United States in 1886, where he worked in a bicycle factory owned by Iver Johnson. Though the company was founded on the Mossberg Brownie – a four-barreled handgun chambered in .22 LR – it is now known the world over for producing exceptional rifles and shotguns like the new Mossberg 500 Persuader.

As one may guess based on its name, the Mossberg 500 Persuader is a shotgun that traces its lineage all the way back to 1961 when the Mossberg 500 Series made its debut. The Mossberg 500 Series is a series of shotguns that represents a range of varying, hammerless, pump-action shotguns, each of which features the same receiver. Variations are generally found in the barrel length, bore size, choke options, capacity, sights and stock/fore-end materials. The 500 Series has always been marketed as a series of multi-purpose shotguns designed for use in less-than-favorable conditions. As such, all Mossberg 500s feature interchangeable barrels, which provide for a number of different configurations that can quickly turn a 500 into a field gun, a slug gun, a defensive gun or a sport gun, depending on the needs of the shooter. Additionally, they are all easily disassembled to allow for easy cleaning and simple maintenance. The versatility of the line has even earned it a spot with military forces the world over, often as the Model 590A1, which typically features an aluminum trigger guard and safety as well as a heavy barrel.

The Mossberg 500 Persuader shotgun features an 18 1/2 inch barrel alongside an overall length of 39 1/2 inches. It ships standard with a full-length synthetic that offers shooters an ideal 14 1/2 inch length of pull, but also includes a pistol grip kit that makes conversions from the full-length stock to an ergonomic pistol grip quick and easy. If safety is a concern, you will be delighted to find that the 500 Persuader also includes a receiver-mounted tang safety that is easily accessible by both left- and right-handed shooters. This is joined by the cocking indicator button, which allows you to visually verify whether or not the shotgun is cocked. Its generous six-shot capacity is more than enough for most applications, and made possible by the inclusion of a standard magazine tube. Other noteworthy features include a matte blue finish for enhanced protection against rust and corrosion, a front bead sight for quick and easy target acquisition and a light, synthetic tactical fore-end.

The Mossberg 500 Persuader shotgun is a great choice for: