The store will not work correctly in the case when cookies are disabled.
Menu
Account
Be the first to review this product
$369.95
Out of stock
SKU
N54125

You would think it is impossible, but it seems that I have developed a severe allergy to the early morning hours. Now when I say early morning hours, I am not referring to what ordinary people would consider early – you know 4 o'clock, 5 o'clock or even 6 o'clock. For me, waking up before 10 o'clock always triggers an inability to turn off the alarm followed by a bout of dark droopy eyes and irritability that is on par with a confused elderly man.

I am sure you think you have the solution – go to sleep earlier. Guess what? That does not work. It is an allergic reaction I tell you! What I need is some sort of antihistamine-like product that can counter the allergic reaction caused by the early morning hours. Luckily, I think I have just the thing – the Mossberg 500 Tactical Cruiser.

The Mossberg 500 Tactical Cruiser is a 12-gauge, pump-action shotgun with an 18.5-inch barrel and a pistol grip. It has the proven Mil-Spec performance you expect from the Mossberg 500 series and a tube magazine that provides a 6-shot capacity. This shotgun is perfectly tailored for home defense and makes for a nice wake-up call as well. A few adjustments to your alarm clock here and some modifications there will clear those early morning allergies right up, guaranteed.

Obviously, I could never advocate the use of the Mossberg 500 Tactical Cruiser as a wake-up call, but it is still a superb shotgun. Grab yours today for just $368.95. 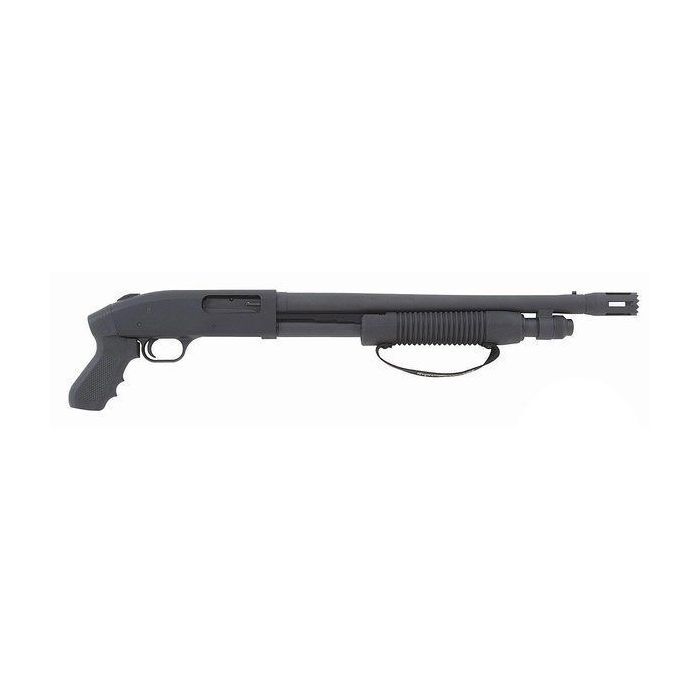 The Mossberg 500 is a series of shotguns that were originally designed in 1960 and began production in 1961. The 500 series represented a range of varying hammerless, pump-action shotguns, all of which features the same receiver. Variations were generally found in the barrel length, bore size, choke options, capacity, sights and stock/forend materials. They have always been marketed as multi-purpose shotguns designed for use in less-than-favorable conditions. As such, all Mossberg 500s feature interchangeable barrels, which provides for a number of different configurations that can quickly turn a 500 into a field gun, a slug gun, a defensive gun or a sport gun. Additionally, they are all easily disassembled to allow for easy cleaning and simple maintenance. The versatility of the line has even earned it a spot with military forces the world over.

The Mossberg 500 Tactical Cruiser is a 12-gauge, pump-action shotgun with a 3-inch chamber. The magazine tube has a 6-shot capacity, which is more than enough for self-defense. After all, if you cannot get the job done with 6-shots, you better learn to run. The shotgun also features an 18.5-inch barrel and an overall length of 28.75 inches. Easily manageable, the Tactical Cruiser weighs in at just 5.75 pounds. Now that the boring specifications are out of the way, let us get into what makes this shotgun truly special. The Tactical Cruiser features a drilled and tapped receiver, making it factory-ready for the addition of an accessory rail – perfect for optics and other accessories. It also features a black pistol grip, a front bead sight and lends itself quite nicely to tactical modifications.

For a pump-action shotgun that is under $400 dollars and suitable for home defense, you cannot do much better than the Mossberg 500 Tactical Cruiser. Consider this shotgun for any of the following:

Keepshooting.com is now an official Mossberg stocking dealer in Maryland, which means that we will not only carry an excellent selection of Mossberg's finest offerings, but we will be able to offer them to you at the prices you have come to expect from our company. So before committing to the Mossberg 500 Tactical Cruiser, check out our wide selection of Mossberg shotguns – you may find something you like even better.