The Mossberg 500SP Persuader is a 20-gauge, pump-action shotgun with an 18.5-inch barrel and a full-length synthetic stock with optional pistol grip. With a proven Mil-Spec performance that ensures it does its job and a 6-shot capacity when used with 2.75-inch shotshells, the 500SP Persuader is the ideal small-game hunting shotgun. Heck, it would probably even make for a better broadcaster. 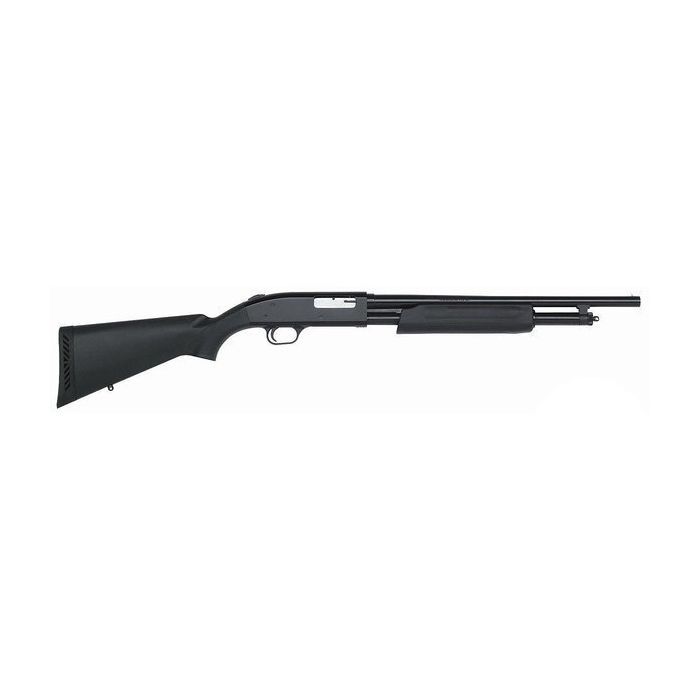 We here at Keepshooting.com believe in the Mossberg brand. As such we have chosen to become an official Mossberg stocking dealer, which means a couple of different things. It means we have committed to stocking approximately 30 of Mossberg’s finest rifles and shotguns. Not only that, but we will have exclusive opportunities to check out new products as they are released. Finally, our commitment means that we will be getting these firearms at excellent prices and will, as always, pass those savings on to you. Many of those firearms are currently on sale in our web store. Today they are joined by the Mossberg 500SP Persuader shotgun.

Many of the shotguns in Mossberg's "Special Purpose" line are notable for their practical defining features. The draw of the Persuader is its simplicity. The Mossberg 500SP Persuader is a 20-gauge, pump-action shotgun that features an 18.5-inch barrel and an overall length of 38.5 inches. Chambered for both 2.75- and 3-inch shotshells, the magazine tube has a 6-shot capacity that is more than enough to get the job done. Other features include a gold bead front sight, an ambidextrous thumb safety and a pistol grip kit.

All in all, the Mossberg 500SP Persuader is a wonderful shotgun that provides accuracy, reliability and just about anything else you could ask for Consider the 500PS Persuader for: